How to Write a War Essay 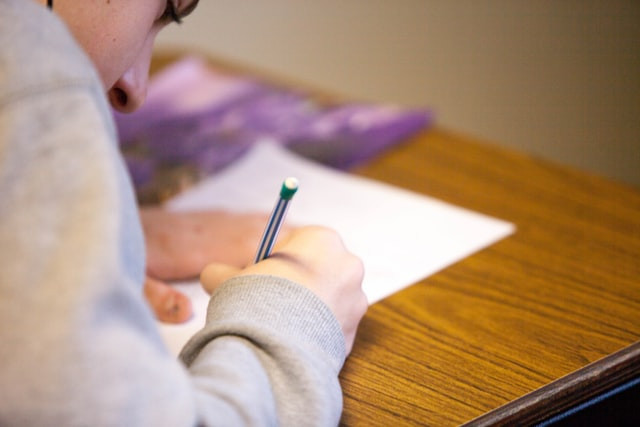 Writing about the war is one of the most challenging creative works at school, college, and even university. Modern students have almost no personal experience communicating with people who experienced the battle years' hardships on themselves. Typically, a war essay is not delivered in the classroom unexpectedly to students. Usually, a significant amount of time is given to prepare, or in general, it is set a week before delivery of the paper. Of course, no student can write such an essay without help.

The guidelines for writing a war essay are straightforward. The most important thing is to consider the topic. In high school, students already have access to such a form of writing as an essay. Besides, they already have sufficient social experience, so it is best to build an essay on national importance plots. You can start with a brief description of the events of the battle, emphasizing their formality.

The main motive for such an essay should be the search for an answer to why wars arise. In conclusion, it is necessary to substantiate the importance of preserving historical memory, generations' continuity, and emphasize patriotism as a national idea. Now that you know how to create an essay like this, we'd prepare more details.

For military topics, you can use these types of essays:

What You Can Write About in War Essay

Students understand a historical event best if a parallel can be drawn with their personal experience. You can take the theme "My great-grandfather or great-grandmother when they were the same age as I am now." Such an essay will open your relatives from a completely different side, make you think about how cruelly the battle has invaded people's fate, and take a fresh look at your life. The motive of gratitude for peace, respect for the memory of those killed for the sake of victory will be a natural conclusion.

Of course, the volume of an essay on the war cannot be limited by any norms. Among other things, such an essay is excellent preparation for exams. The theme of battle is always present in the thematic blocks of exams. We also advise you to look at other persuasive essay topics about what you can write in a war paper.

The main subject of strategy is the plan of war. Strategy determines the goal of military operations by setting the number of forces required to participate in them. It also seeks to determine the primary grouping of the enemy's forces, the abilities, and weaknesses of the character of the people of his country. The strategy leader considers the influence of the war on other states and, based on all these often conflicting elements, seeks to find the place in the hostile camp on which the main blow should be struck.

Tactics are an essential part of preparation and battle. Tactics cover theoretical and practical training of fighters. About theory, the fighters study the nature and consequences of combat, forms of training, methods of attack. Based on this information, you can write which of the war commanders was the best in creating strategies and tactics.

News streaming twenty-four hours a day, journalism, the Internet, traveling the globe. Is our big world getting closer and more accessible than it was before? Including conflicts and battles. Regardless of whether the conflict concerns your country, any confrontation, any battle, in a certain way, affects everyone's life. So many conflicts in the world make you wonder: why do they arise?

This question will help readers understand that often conflicts cannot be prevented, but war can be avoided. Readers will learn how small disagreements escalate and turn into large and serious ones, what all conflicts have in common, and the influence of biases in history, diplomacy, geography, and economics on these events. Comparing global conflicts with disputes from your own life, you can reveal why there were conflicts and battles between countries.

If we consider not modern wars, but those 50 or 100 years ago, how the prisoners lived can be horrified. The prisoners were brought to the colonies, where people lived in the most severe conditions. The clergy of all denominations, representatives of the intelligentsia, former nobles, peasants, and people who opposed the new government fell under mass arrests. Prisoners worked in mines and fields, manually erecting dams and digging canals. Agronomical scientists were engaged in the development of agriculture. There is a lot of information on this topic, and you can compare the behavior with the prisoner in ancient and modern times.

Afghanistan's problem is undergoing a shift - the United States has begun negotiations with the Taliban terrorist movement. This was the result of the complete failure of American strategy, which Washington reluctantly acknowledged. But the trouble is that over the years, the Americans have not understood the main problem of Afghanistan, and therefore risk making even more terrible mistakes.

Taliban negotiations have been a central event in recent decades. They can radically change the country's situation and bring a sensation at any moment since they pass every day. As you can see, it is essential to negotiate and cooperate with the enemy. In the essay, you can give examples of how negotiation can end a battle.

Today, there are very few war veterans, but you can still find those who took part in these events. Consider one student's example:

Great-grandfather was born in 1917. Before the war, he worked as a hairdresser. When the Great Patriotic War began, my great-grandfather went to the front. Then he was 23 years old. In 1942 there was a battle. After the battle, there were very few of them. We ran out of cartridges, and there was nothing to defend with.

The Germans surrounded and captured the surviving soldiers. They began to divide the soldiers into two "heaps.".In one, they put privates, and in the other officers. No one knew where they were taking them. It turned out that they had brought them to the Buchenwald camp. On the gate was written: "To each his own."

There were people from 18 countries and different nationalities in this camp, including children and German communists. Great-grandfather, together with his friends, worked at the factory, and, as best they could, they carried parts and assembled weapons in various ways.

They were waiting for the Americans to open a second front and release them. But the prisoners armed themselves earlier. They wanted to escape, but there was a traitor among the prisoners. And I had to arrange an uprising. They held the camp in their hands for a week. Only in 1946 was my great-grandfather sent home. He defended his homeland as best he could.

There are a lot of unique stories about the battle. Take this chance and tell someone a story. You may be able to influence the opinions of many people.

We understand that you can take a topic from different wars. For this reason, many questions may arise. To make the writing process more comfortable, we have prepared tips for different periods of the battle. Use them, and you can write a brilliant essay on the battle.

The Civil War of 1861-1865 was the bloodiest in US history. Losses in the North killed and died from wounds and diseases amounted to 360 thousand people, in the South - 258 thousand people. As a result of the battle, the United States' state unity was restored. The institution of slavery was destroyed, and favorable conditions were created to restructure social relations in the southern states and develop capitalism in the United States, the farming path.

Today, the most popular topic is precisely the Civil War. We have prepared a few tips to help you write your Civil War essay. We suggest the following topics as tips:

The First World War had no equal in the entire previous history of humanity. The armed struggle was fought on fronts with a length of 3-4 thousand km, on the territory of three continents - Europe, Asia, and Africa, not only on land and at sea, but also in the air. About 45 million people were mobilized in the Central Powers' coalition - 25 million in the Entente countries. All the human resources of the largest states were drawn into the battle. You can talk about this topic forever, but if you have difficulties, then here are some tips for you to write about:

World War II began on September 1, 1939, when German troops attacked Poland. In response to the German aggression on September 3, Great Britain and France declared battle on it.

The main causes of the battle were the political contradictions generated by the imperfect Versailles system and the aggressive policy of capturing Nazi Germany, the Japanese Empire, and Italy. The Versailles System is a peace treaty system signed by the victor states of the First World War - Great Britain, the French Republic, the United States, and the Japanese Empire.

You can contribute a lot to debate on a given topic, but if you don't have ideas, then keep our tips:

The Americans did not understand why they were fighting and perishing in the Vietnam War. Morale in many units was extremely low, which sometimes resulted in non-observance of orders. The antiwar movement was growing in the United States. In October 1967, about a hundred thousand young people undertook a "campaign against the Pentagon" gathered in Washington for protests. The Americans were tired of the battle and did not want to die away from their homeland.

The topic seems trite, but there are a lot of really wild things left in it. For example, the word "frag" came from the Vietnamese time and meant the murder of his officer. The soldiers of the "Tiger" detachment cut off the ears of the enemies. The famous photograph's executioner showing a partisan's execution opened a pizzeria and calmly lived out his days in Virginia. If you are interested in this topic, then use these tips:

It is difficult to say today the real reason for the American invasion and occupation of Iraq. It is difficult to assume that Washington seriously believed that chemical or nuclear weapons were being created in Iraq.

There was no need for the US to seize Iraqi oil, and, most importantly, it did not take place in any form. Either George W. Bush considered it essential to complete what his father did not complete, or the Americans seriously wanted to turn Iraq into a country of exemplary democratic content. Now it will hardly be possible to find out. If you're going to understand this situation, then you may be able to make a great discovery. Also, here are some tips from us:

Now on TV, they show many military conflicts and armed clashes of various scales. They always bring death and destruction to civilians who do not participate in this at all. If you listen to the politicians, they always try to settle differences through peace negotiations to avoid bloodshed. But why, then, are there so many wars around the world? Have people still not learned to negotiate with each other and must kill each other? If you are against battle, you can write about it to prove your perspective on this matter. Perhaps you can show the other side of the battle. Try to prove that battle is unnecessary and meaningless.