You Will Know How to Find Molar Mass 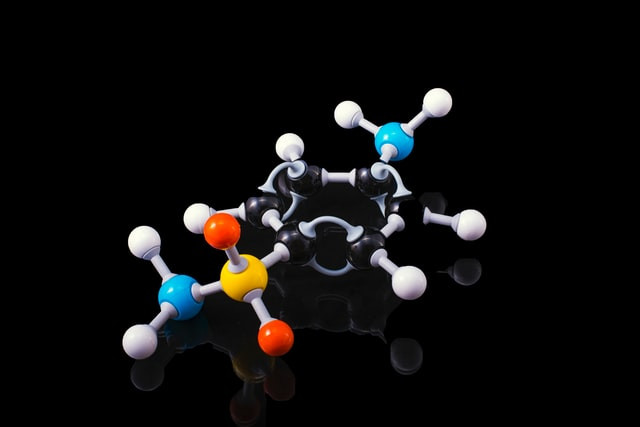 Well, you’ve just enjoyed your weekend, but now you have to get back to the world of science, and in particular the molar mass. Yes, you definitely need to know how to find molar mass.

By the way, atoms normally come with two or even three types of particles. Let’s recall them. They’re the neutron, the proton and finally the electron. Roughly speaking, the proton, is an equivalent of the neutron as for mass. The electron is an extremely light particle, so when it comes to calculating the molar mass, we can afford not to take the electron into account. (so: how to find molar mass?)

A mole is an important form of measurement in chemistry. It’s clear that elements require having equal elements of electrons and protons to maintain their stability. On the other hand, they differ in terms of the amount of neutrons they have. The atomic number is denoted by the overall amount of protons.

The total amount of neutrons and protons together form the so-called mass number. That’s without electrons, of course, as we’ve just told above their mass is quite negligible. Any element is firstly denoted by the atomic number. Any element is stuffed with the same atoms, though they greatly differ in terms of isotopes and masses.

An atom of carbon boasts up to six protons. Meanwhile, an atom of this element with six neutrons is known as the carbon-12 isotope, while the carbon-14 isotope comes with eight neutrons.

Scientists picked up the carbon-12 isotope as the foundation for their mole measurements. In twelve grams of this substance we can find up to 6.022 x 1023 atoms. That’s Avogadro’s number, mentioned above.

The mass of one mole of any substance normally relates to the individual mass number of the atoms in the substance. For instance, a mole of oxygen boasts a mass of 16 grams, because the most common type of oxygen atom has 8 protons, 8 electrons, 8 neutrons, and accordingly its mass number is 16.

Measurement by means of the molar mass is also real if one makes use of a compound molecule. Most likely you already know that water molecule boasts one oxygen and two hydrogen atoms stuck together. By simply uniting all the mass numbers together we get the total mass of one water molecule. Furthermore, this number is the exact equivalent to the mass represented in grams of one water mole.

Chemists utilize the mole as a form of measurement of mass and concentration of the given substance. Taking into account that a mole is stuffed with literally trillions of atoms and the number of grams of one substance isn’t necessarily the same strength as the same number of grams of another thing, that’s an extremely useful and simple method to measure chemicals. The molar mass of a substance additionally equals the mass number of the given substance. Chemists normally make use of this property when it comes to weighing out how much of the chemical they require to use.

How to Calculate the Molar Mass

For this purpose, you’ll require:

First, you require finding the molar mass of the given element. The molar mass in grams is equal to the atomic weight of the element represented in atomic mass units. You can find them on the periodic table.

Fourthly, you’ve just considered compounds without subscripts, now you should do the same but with subscripts. Let’s assume, your compound has subscripts. You should multiply the number of atoms in a chemical group or element with a subscript by the subscript value.

Then, you require considering compounds with more complicated formulas. So, if you’re working with a compound, having more complicated subscripts, you need to consider the overall number of atoms in this compound.

Finally, you should get down to calculation. Utilize the molar mass in various chemistry applications. For instance, you can use it to find the molecular formula of the desired substance.

More Details on the Calculation

Well, you’ve just gotten familiar with the method in general, and now it’s time to shift to essential details.

Atoms are extremely small particles, so they don’t suggest meaningful measurement. So, in order to work with meaningful amounts of substances, one requires grouping them into units dubbed moles. As mentioned above, a mole is the number of carbon atoms in twelve grams of the isotope carbon-12, which is approximately 6.022 x 1023 atoms – Avogadro’s number. It’s utilized as the number of atoms for literally any substance. By the way, the mass of one mole of the given substance is its molar mass.

Calculating the Molar Mass of an Element

By simply using the atomic mass of the given element and then multiplying it by the conversion factor grams per mole, you can easily figure out the molar mass of any element.

You should find the relative atomic mass of the given element. This type of atomic mass is the average mass of a sample of all its isotopes. This information is waiting for you in the periodic table. You require locating the element there and finding the desired number underneath the symbol of the element. That won’t be a whole number, it will feature decimals.

You should multiply the newly obtained atomic mass by the molar mass constant. That’s one gram per mole.

Some elements can only be discovered in molecules of two atoms and even more. As follows from this, if you’re willing to find the molar mass of elements made up of two atoms, including oxygen, hydrogen and chlorine, you need to find their relative atomic masses. So you require multiplying them by the molar mass constant. The ready-made result should be multiplied by two.

Calculating the Molar Mass of a Compound

Here you’re expected to figure out the chemical formula for the compound. That’s the number of atoms in every element, which makes up the compound. For instance, let’s assume you’re dealing with C6H12O6 (glucose). In this case, we have six carbon atoms, twelve hydrogen atoms as well as six oxygen atoms.

Finally, you require adding the molar masses of every element within the compound. It determines the molar mas of the entire compound. Here, you should take the products obtained in the previous step and then add them all together in order to calculate the molar mass of the given compound.

The History of the Mole

Approximately in 1900, Ostwald firstly introduced the unit «mole». He also defined it in grams. Gram can be defined as a unit of mass. Later on the scientist associated the concept of mole with the ideal gas.

Well, we’ve just finished our schooling and now you already know for sure how to calculate the molar mass. Your brain is completely exhausted, so it makes sense to relax. Perhaps, the best way to do it is to look through some funny facts about world moles.

Our human body is made up of approximately one hundred trillion cells. So, the overall number of human cells on the Earth is about 100×1012*6×109=6×1023. That corresponds to one mole.

Let’s assume that the volume of one grain of sand is about 10-12 m3, while the area of the USA occupies 1013m2. As follows from this, a mole of sand grains would cover America in one centimeter of sand.

If you had a mole of pennies, you could produce enough money for every human being, so they could shell out one million bucks every hour, from morning till night and till their last days.

Taking into account that the Earth boasts a radius of approximately 6400 km, its volume is 1021 m3.

If you intended to make use of trial and error in order to find the combination to an e-mail password, having alphanumeric characters, it would take you approximately 6^36 different attempts. It’s about 1028, and it’s more than 17 000 moles.

Considering approximately 500 large grapefruit will easily fit a cubic meter, respectively, a mole of grapefruit would share its size with our planet’s one.

If you had just one mole of sheets of paper, it could be possible to make a million equal stacks from seal level on the planet, which would pass the sun.

Our reputable online custom essay writing service will never let you give up if you for some reason don’t know what to do with your engineering paper, courseworks as well as other writing assignments. Our freelance specialists are already familiar with a case study method, so writing a descriptive essay has never been a big problem for our friendly team. Once you find yourself on our website, you’ll feel tons of care and willingness to help you.