Area of a Trapezoid - An Introduction To Geometry 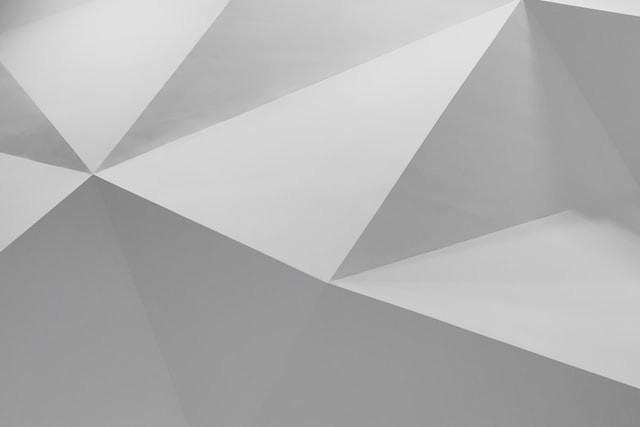 Students have to do different geometric homework. However, the most difficulties arise for middle school students because they studied only mathematics and algebra, and geometry. For example, they need to find the perpendicular distance, surface area, or parallel sides of the trapezoid. Today we will talk specifically about trapezoids, finding the area, and considering it one of the most important theorems.

Trapezium - What Is This Figure? 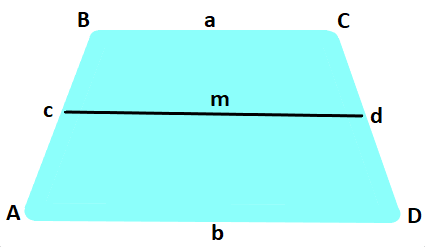 An isosceles trapezoid is a trapezoid whose sides are equal to AB = CD. Then the diagonals AC = BD and the angles at the base are equal:

A rectangular trapezoid is a type of trapezoid that contains a base angle of 90 °.

To calculate an arbitrary polygon area, we do this: divide the polygon into triangles and find a triangle area. The sum of the areas of these triangles is equal to the area of the polygon. Using this technique, we derive a formula for calculating the area spare the trapezoid. Let us agree to call the height of a trapezoid a perpendicular drawn from any point of one of the bases to a straight line containing another base. In the figure below, we have indicated that the BH line segment is the ABCD trapezoid height: 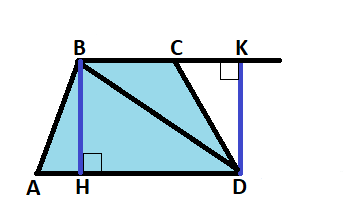 Based on this, we get the theorem: "The area of a trapezoid is equal to the product of the half-sum of its bases and the height." Based on the area formula, we can prove this theorem.

The trapezoid given: ABCD, AD, and BC - lengths of the bases, BH - height.

Proof: draw a diagonal BD. It divides the trapezoid into two triangles ABD and BCD. This means that the perimeter of a trapezoid ABCD will be equal to the sum of these triangles' areas.

Calculating Areas in Past Times

Even 4-5 thousand years ago, the Babylonians knew how to determine a trapezoid area in square units. The ancient Egyptians 4,000 years ago used almost the same tricks as we do: the parallel sides' sum was divided in half and multiplied by the height.

Determining the areas of geometric shapes is one of the most ancient practical problems. People did not immediately find the correct approach to their solution. One of the simplest and most affordable ways to calculate areas was discovered by Euclid. When calculating areas, he used a simple technique called the partitioning method.

Today there are many formulas for calculating side lengths, vertices, parallel bases, and area trapezoid. We will cover the most basic ones. The formulas below are easy to use, but if you find it challenging to understand and need homework help, you can always contact our service. Experienced authors will advise you on all tasks, and you will significantly improve your academic performance.

The Formula for Trapezoid Area by Base and Height

Let us be given an arbitrary trapezoid. To find its area, we use the following formula: 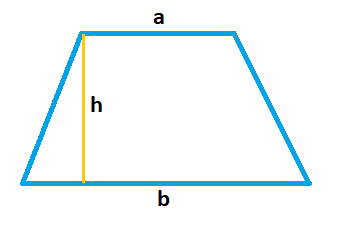 Imagine that we need to find a trapezoid area where the bases are known, numerically equal to 10 cm and 8 cm. Also, the well-known height, 6 cm long.

We immediately substitute the numbers into the formula we have and calculate the value:

We should mention that the middle line of a trapezoid is half the sum of its bases. Thus, finding the area through the centerline is nothing more than a method similar to the first. Insofar as: 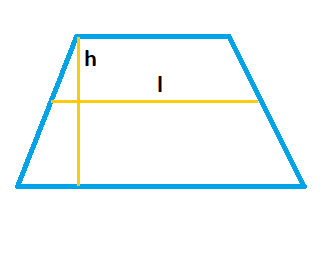 Suppose we need to find a trapezoid area if it is known that the middle line is 5 cm, and the height of the trapezoid is two times its height.

Find the height of the trapezoid:

This case is only suitable for an isosceles trapezoid: 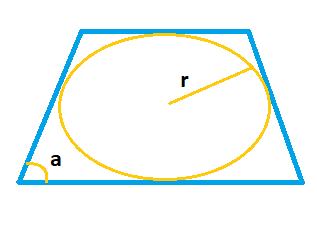 Suppose we are given the radius of the inscribed circle in the trapezoid equal to 4 cm. The angle α is equal to 90 degrees. We need to find the area of the trapezoid.

According to the formula:

There is a simple formula for finding the area of a trapezoid through the diagonals and the angle between them: 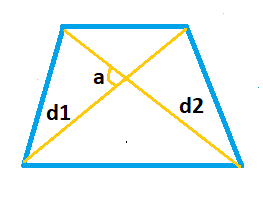 The trapezoid is found not only in math homework. This figure can be found when studying the constellations. The spring sky's prominent asterism is the Leo trapezoid, which is observed in the evenings from February to May. This figure is located in the zodiacal constellation Leo, forming an animal's body, and in shape, it resembles a trapezoid. 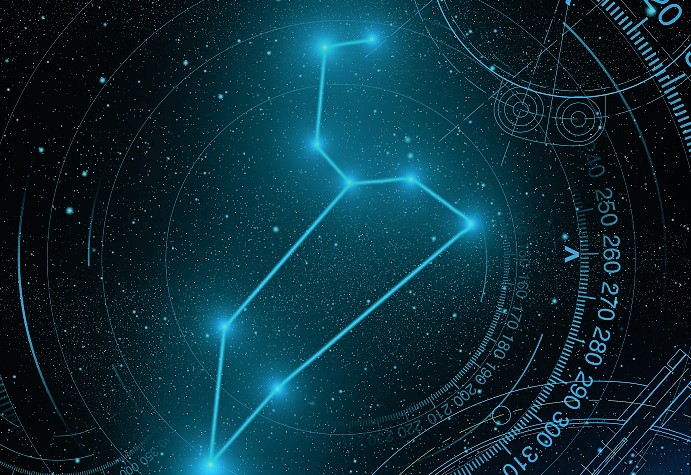 The four bright stars of the constellation α, β, γ, and δ are located at the tops of a trapezoid - the body of a lion. And the head of the lion is formed by stars arranged in the form of a sickle. Hence the name - Leo's trapezoid.

The union of physics and mathematics presupposes the continuous movement of science forward. In physics, scientists make experiments, the essence of which becomes fully clear only after mathematical analysis. Many branches of mathematics owe their origin and further development to new physical experiments. As an example, consider school physics laboratory work.

Statement of a question: Let's consider a shape - an arbitrary trapezoid ABCD. Draw two of its diagonals AC and BD, which divide the trapezoid into four triangles - ABO, BCO, CDO, and DAO. Triangles ABO and CDO are equal: 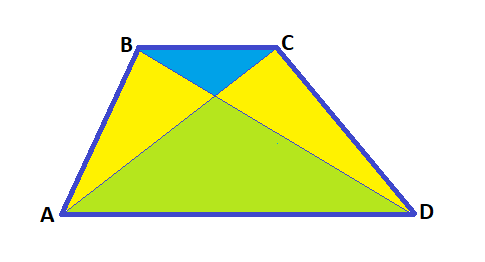 The formulation of the goal of the experimental work: using weighing, prove that the masses of the triangles obtained by the diagonals and sides of the trapezoid are equal.

As you can see, knowledge about the trapezoid will be helpful to you in physics and other sciences.