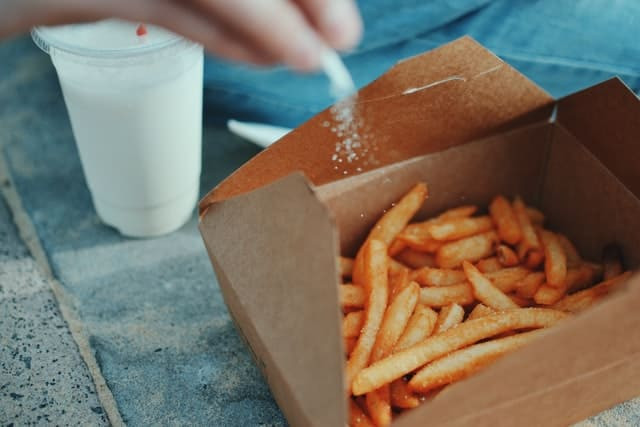 McDonald's is an American fast-food giant that serves 69 million people daily in more than 38,000 locations around the world. The network dominates all the markets it enters into. Other companies have achieved no less success among consumers: Pizza Hut, Burger King and Kentucky Fried Chicken (KFC). But for nearly 40 years, McDonald's has been competing and failing to take first place in the Philippines. In this island country in Southeast Asia, located in the western Pacific, a home-based fast food chain is preventing other fast-food companies from making their money.

Jollibee is a fast-growing fast food restaurant chain that operates more than 1,300 stores worldwide, of which 1,150 are in the Philippines and 234 in overseas markets. Today she has 41 stores in North America. For comparison, there are only 640 McDonald's branches in the Philippines.

Over the years, Jollibee has proven to be much more than a Filipino McDonald's, despite being commonly referred to as such. In fact, it is considered a Philippine success story, often referred to as a national pride in business school classrooms in the Philippines.

Back in 2005, The Economist magazine wrote: "If McDonald's is the Goliath of fast food, then Jollibee is its Filipino David."

But how exactly could a humble ice cream parlor turned into a fast-food empire defeat the American fast-food giant in a country that embraces American culture like no other?

Why Use Our Research?

How will our research help you?

The Small Bee Who Could: A Little History

Jolliby's history dates back to 1975, when its founder, Tony Tan Caktiong, opened two small ice cream parlors in Manila. The wider menu did not take long and very soon it included hot dishes and sandwiches. Three years later, Caktiong realized the benefits of his business and turned his cafes into fast food restaurants.

However, American fast food headliners have stepped on the heels of Filipino competitors. McDonald's opened its first establishment in the Philippines in 1981. For comparison - at that time in Japan, 5,000 of these American quick service restaurants were already thriving, and the experience was 23 years, in contrast to 3 years of Jollibee.

Tony saw no way out of this situation. It seemed to him that the only right decision would be to sell his company to McDonald's or become its franchisee. Ernesto Tanmantiong, president and CEO of Jollibee, Tony Tan Сaktiong's brother, said they were all advised to avoid competing with world giants like McDonald's.

However, the brothers were not afraid and accepted the challenge.

SWOT-analysis of all weaknesses and strengths of the company allowed to identify and eliminate the shortcomings of fast food industry present at that time. Strategic planning within the company has done its job.

The first thing that needed to be worked on was the name and logo of the company, which could compete with its biggest competitors on fast food market. The founding family of Jollibee decided to take into account the peculiarities of the Filipinos: these Asian people have always been distinguished by hard work, perseverance and, at the same time, kindness and cheerful disposition.

That is why the founders took as the mascot of the company a cheerful bee - hardworking, jolly and enterprising, happy to have something to do. Since then, the red bee, which smiles broadly and wears a tuxedo, has become the face of Jollybee's company.

Yes, McDonald's had a lot of experience and a well-developed scheme of work. However, they did not have what Jollibee had - the main competitive advantage - a unique local taste that Filipinos valued. Although Tony was originally from China, he was Filipino by heart. He knew which dishes the natives would prefer — sweeter dishes that McDonald's did not have.

Today, the company's flagship product has a juicy and tasty name Chickenjoy. This food is loved far beyond the Philippines: its popularity is growing in Vietnam, where there are already more than 100 stores, it is also loved by people in Singapore, Hong Kong and Brunei.

The success of the company was influenced by many factors.

Next we will talk in more detail about each of them.

Jollibee positioned itself as a well-known name in the Philippines: a brand focused specifically on Filipino preferences. It has also established itself as family-oriented - something that resonates, connects and resonates with many Filipinos.

Filipino culture is mostly family-oriented, and they promoted Jollibee's ad that way - large families would gather at the dinner table, sharing a bucket of spicy and crispy fried chicken.

This is why much of Jollibee's success is due to the way the brand perfectly embodies Filipino identity and culture. Filipinos love American and multinational food. However, since Filipino cuisine has largely evolved by adapting to the different cultures that have passed by and colonized the country, American flavor alone was not enough for the average Filipino.

In particular, Jollibee serves their meals with rice, which is a staple in Filipino local markets. Filipino society has strong cultural and historical ties to rice. This is the heart of the Philippine market and culinary culture, and without it, food will never be complete.

Jollibee is also known for its high-quality fast food spaghetti, a Filipino variation of the famous spaghetti and meatballs. But unlike the spaghetti you know, Jollibee spaghetti is sweeter because of the banana ketchup. Banana ketchup was an ode to tomato ketchup, which was brought to the Philippines by traveling Americans. But since historically the area did not grow many tomatoes, Filipinos mixed bananas, vinegar, and sugar to create a substitute.

Today, Jollibee is exactly what Filipinos expect from it to smell and taste - too sweet for non-Filipinos, but tastier, meatier and a great reminder of children's birthdays, family gatherings and home.

Home Is Where Jollibee Is

Outside the Philippines, Jollibee has also thrived on its own. This is due to the fact that many retail outlets were opened in areas with a large Filipino population. Approximately 10% of the Philippines' population works overseas; Filipinos who leave the country in search of happiness elsewhere. Thirty-three percent work in modest jobs to support their families in the Philippines. More often than not, they found Jollibee to be the most affordable way to reconnect with their homeland and ease their homesickness.

"The reason this is so relevant is that it is the only thing that people in the Philippines have. This is the place where Filipinos can go to remember the country," said Bjorn Delacruz, chef and founder of the Manila Social Club.

When Jollibee opened its doors in Chicago in 2016, Filipinos and Filipino Americans were ready to camp and drive for hours to enjoy their famous chicken. In the weeks that followed, long lines formed outside the store, prompting the store to put up tents to protect shoppers from the rain and heat.

Similar incidents have occurred in New York, Texas, Toronto and even London; Filipinos and Filipino Americans alike flocked and gathered to get a taste of the home again, and for some others, to tap into a country they are not familiar with.

It's safe to assume that in any state or country with a significant Filipino community, you can expect the Jollibee store to be centrally located.

7-S Construction of McKinsey is a way of effectively organizing the business through seven factors.

Shared principles are the core of the business's goals and what they have confidence in.

Strategy is their method about how to reach their goals.

Structure is how each section of the business interacts with one another.

System - technique and process that should be done.

Staff - workers in the company.

Skill - the attributes and competencies of every employee in the organization.

Style - how each leader of a company connects to their subordinate to determine leadership. (Value Structured Management).

The JFC is a franchising company, with 686 shops in the Philippines and 57 stores in the international market. The business is separated into different divisions: the President of the company, Director, Corporate strategy division, Engineering, Recruiting, Information Management, Procurement, Property, Audit and Commissioner.

Jollibee provides training to their employees and appraisals every time they enhance their performance in the business. The company provides incentives and bonuses to their staff.

It will cost between $35 million and $55 million to open a restaurant in the Philippines. But in the United States, the total investment in opening a Jollibee restaurant ranges from $450,000 to $800,000.

The opportunities of Jollibee Food Corporation should develop high technology in the procedure system to boost products and services they offer to their customers. Make more enhancements so that it will gain an edge against its competitors (especially McDonald's, that is an American based company and also known worldwide).

The weakness of Jollibee is that it's a franchised store, so the service will vary from store to store. The quality of service will depend on the staff of the store and the franchisee.

Be that as it may, we believe that the low-priced procedure system of Jollibee Food Company is not responsible for the success of the company, but there are a great many other factors that donate to their success.

Weaknesses of the Company

The risk of Jollibee is the high competition against Mcdonald's, and the threat of new entrants, there are quantity of small rooster shops that are beginning in the Philippines that are cheaper than Jollibee and Mcdonald's. Due to economic turmoil in the Philippines, people have less money to invest on their foods.

Jollibee is the place where childhood birthdays (and even some adults, in the spirit of blissful nostalgia) take place, where parents take their kids after Sunday Mass - essentially a place of comfort for Filipinos, a place associated with happy memories. Perhaps that's why, since the company is opening Jollibee branches overseas in overseas cities that many Filipinos now live in, a Chickenjoy bucket, a Jolly Spaghetti plate, or a Yum Burger bite might somehow take them home.

While Jollibee dominates his country, it has a long way to go in terms of McDonald's success. While brand loyalty has triumphed in countries with strong and localized menus, the iconic McDonald's taste for which they are famous remains unwavering around the world.

For Jollibee, targeting Filipinos alone may not be enough for a McDonald's-like meteoric success. Fortunately, the Jollibee expansion is far from complete. Jollibee Foods Corporation, which has a market capitalization of about $5 billion, also currently has stakes in global brands such as Smashburger in Colorado and Tortas Frontera in Chicago. This allows Jollibee to increase its presence in the US and possibly beyond.

But until then, Jollibee calmly holds the hearts of many Filipinos, wherever they are.