Bald on Record: How to Analyze Politeness 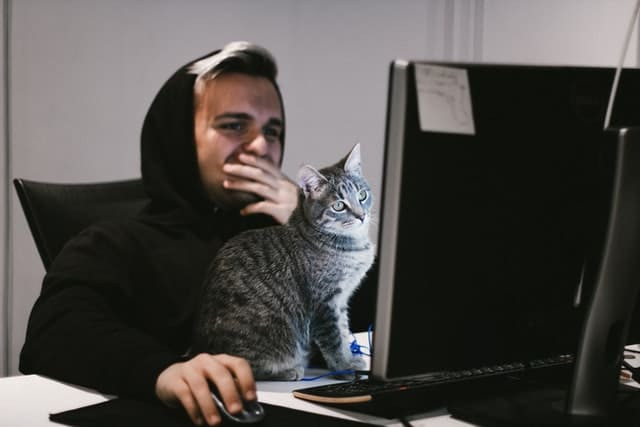 Politeness is an attitude or behavior expected from everyone. It doesn't seem much, but studies and theories suggest the connection of language and politeness to proper socialization. They also show how people utilize it to convey what they mean to other people. There are even linguistic strategies formed from these studies, primarily on the English language, by different institutions such as Cambridge University Press.

Approaches to Politeness in Speech

There are two main pragmatic approaches to polite speech acts, the Gricean Maxims and his cooperation principle and the Brown and Levinson's face-threatening acts.

Grice's four conversational maxims of Quantity, Quality, Relation, and Manner are perceived as general rules that a speaker must follow or adhere to. It works like this - if the speaker utters or says something inappropriate or something that doesn't make sense in the hearer's perspective, the hearer will consider no literal meaning behind what the speaker said.

Although politeness isn't the focus of the Gricean maxims, they all focused on efficient communication, including being polite in a conversation. Some other related topics similar to these maxims are that there's a politeness principle with English conversational maxims or sociolinguistics, and it is based on Geoffrey Leech and George Lakoff.

The concept of politeness by these two revolves around the concept of faces and face-threatening acts. They focused on conforming to existing social rules when making a speech that would infringe upon these rules. They based the choice of the strategies on the relationship of the speaker and the hearer and the speaker's intentions.

What Are Politeness Strategies?

A politeness strategy is a strategy utilized in reducing and minimizing "face-threatening acts" that a speaker commits. In addition to that, politeness strategies are made to save the hearer's "face" and the face's wants and needs. The face is the sense of linguistic or language usage and social identity of the speaker. It's how the speaker wants others to perceive them.

In this context, when we talk about politeness, it can be assumed that we all have faces. Simultaneously, different types of faces are shown in different face-threatening acts (FTA). It can depend on factors such as social distance, rank, power, and others.

Main Types of a Politeness Strategy

According to Brown and Levinson's theory, there are four main types of politeness strategies that can sum up the politeness behavior of people. They are also generally connected and related to the semantics and syntax of the English language. The usage of these politeness strategies all depends on how the speaker will act in the face of threats.

This strategy is often seen in groups of friends or in a situation where people know each other very well or are close friends. The positive politeness strategy aims to minimize the distance between the speaker and other people by expressing and showing friendliness and great interest in minimizing FTA to the hearer. People might interchange or mistook it as an ordinary intimate daily language, but it is not. In a positive politeness behavior, there's a hint of exaggeration.

In simple words, with a positive politeness strategy, the goal is to make the hearer feel good about themselves or their interests and possessions and respect the addressee's positive face.

Here are some examples of strategies and sample conversation lines:

According to Brown and Levinson in 1987, negative politeness, on the other hand, is a redressive action addressed to the addresses' negative face. In a negative politeness strategy, the hearer's face is recognized and incorporated in the manner of how the speaker would talk to them.

In simple words, the negative politeness strategy presumes that the speaker is to impose on the hearer, and there's a possibility of awkwardness and embarrassment so the speaker.

Here are some of the strategies that are used to show negative politeness:

Someone may use the bald on record strategy for various reasons, such as the following:

In simple words, if a speaker wants to perform or commit an FTA but does not want any responsibility of doing it, they can do the off-record strategy and leave the judgment and interpretation to the addressee.

Some of the strategies indicating off-record politeness include:

It is common teachings from our parents and at school that impoliteness isn't accepted by anyone or anywhere and should never be committed. Doesn't matter if you're in highly urbanized areas like New York or the countryside. Be it in the English language or any language. It's a general rule to be polite and that there is a purpose and use of politeness.

Use of politeness can:

Even if the politeness theory and strategies discussed by Brown and Levinson are initially used for speech acts, they've also been applied to written discourse and in writing in general, such as in written English academic papers and other written discourse papers.

Incorporating politeness to writing is perceived as the unique way of how the writers engage and draw in their readers to the topic or discourse they wrote while offering reasons to soften the effects of a face threat. Additionally, the most used strategy for writing is the positive politeness strategy.

Use Politeness Strategies in Your Daily Life

There are different forms of being polite. A person can commit positive politeness, negative politeness, off-record indirect politeness, and even bald on record politeness. It only depends on their motives, personal attitude, and reasons.

If you need help writing about this topic for your English papers, book reviews, and other kinds of papers for academia, you can reach out to Studybay and let us help you with your custom papers.