Everything You Need to Know About Zero and Negative Exponents 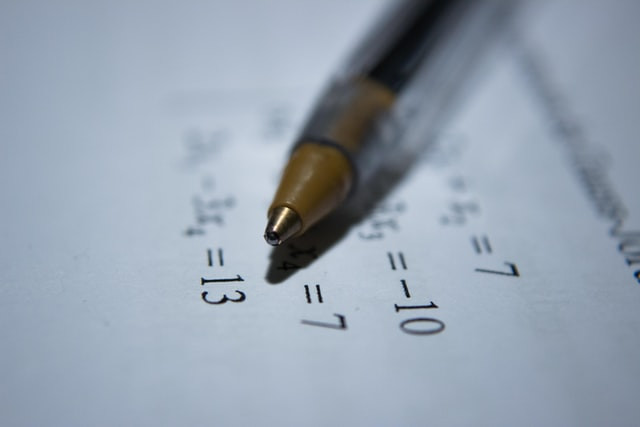 Dealing with exponential expressions is an inevitable phase of your algebra courses, as they're used in equations and other applications.

An exponent is the number of times a base number will be multiplied by itself. It can be any number and can be classified as a negative exponent, zero exponent, or positive exponent.

Exponents starting from 1 are called positive exponents and are the most common ones – you've probably dealt with them often.

What Are Zero and Negative Exponents?

Zero and negative exponents are special cases of exponents.

However, with zero and negative exponents, things don't easily work that way.

It's an exponent that always and automatically equates any base number to 1. Simply put, whatever the base number is, as long it's raised to zero power, it will always equal 1. Everything is irrelevant, no matter how large the value of the number is or whether it's a positive number or a negative base.

With numbers raised to negative powers, on the other hand, you move the base number's position with the exponent to remove the negative sign and make it positive. In other words, you reciprocate the given and make the exponent positive. The result will always be a fraction.

If the negative powers are at the top of a fraction or are a whole number, moving the base number with the exponents to the bottom of the fraction will make the exponent positive. In other words, when any number over 1 is raised to a negative exponent, it can be positive - as long as you put it in the denominator with 1 as the numerator.

The descriptions and overviews of zero and negative exponents were discussed in the previous section. Now, we will look at and discuss how to solve them.

When dealing with zero exponents, the easiest way to explain it is by using the quotient of powers rule. Recalling your first five exponent rules:

Now, to fully explain how a number raised to the zeroth power is always equal to 1, we can use the quotient of powers rule. According to the quotient rule, dividing the same bases will result in the same base and an exponent of the top and bottom exponents' difference.

Following the quotient rule, subtract the exponents from each other. In this case, the exponents will be canceled out, as they're of the same value: 2.

Also, it doesn't matter how lengthy the equation is. Any equation raised to zero, as long it's inside the parentheses, will always be equal to 1.

Negative exponents look complicated to deal with at first glance, but they aren't actually. Remember that the result will always be a fraction, and the process will always be the reciprocation of the given. Recalling how to make a number into a reciprocal:

Let’s apply this to an example with a negative exponent:

Case 1, when the given is not initially a fraction.

Case 2, when the given is a fraction with a negative exponent at the denominator.

What Is the Use of Zero and Negative Exponents?

Exponents, in general, have many uses and applications in real life. The two uses of zero and negative exponents are:

The two exponents are used to represent lengths. A negative exponent, most specifically, is used to express attribution of something and show how small something is.

A measurement can be shown as 1.08x 10-4 cm: this is done when there are too many decimal places due to the measurement's small size; therefore, the figure is shortened using negative exponents for convenience.

Also, in the same way, these exponents can be used for weights. Lighter weights are usually expressed with negative exponents for ease and for easy calculations.

Another example is the "Exponential Decay" used in graphs and representations. Negative exponents result in smaller values and therefore show a "decay" in the graph as the data drops or decreases as expressed.

The zero and negative exponents are generally used to simplify numbers and values for better usage and easier input to real-life applications. Like the examples above, they're used to simplify values of various measurements for convenience.

Calculations in various professions, especially in different fields of science, use negative exponents, as most measurements tend to be too small to use as they are, with too many decimals.

Zero exponents work the same way as they're used in many mathematical equations to represent that no matter how big a number is, as long it's raised to the zeroth power, it's equal to the value of 1.

Compiling the general formulas used for both zero and negative exponents, let a be any number:

It's also important to remember the concepts about the other exponent rules and about reciprocals to handle equations with zero and negative exponents properly.

You can try solving a complex and complicated worksheet about these exponents using Mathway or other solver programs.

Feel that you need help to deal with Zero and Negative Exponents? You can rely on Studybay experts. We provide online tutoring and writing services for students.