Mother Tongue Essay: What Is It, And What Do You Need It For? 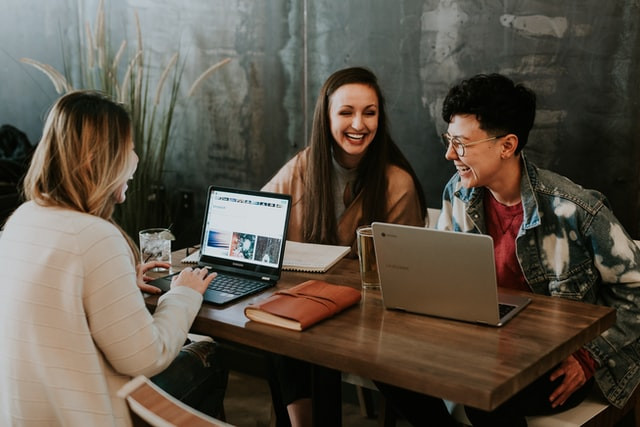 Mother Tongue Essay is a common task for high school and college students. If you are lost and do not know how to build your text competently and what not to miss, read our article, and you will know what to do when you are asked to write a Mother Tongue Essay.

What Does "Mother Tongue" Mean?

The term "language" has acquired many meanings depending on the context of its use. Technically speaking, we can say that language is a system of special signs and symbols, which is interpreted in a certain pragmatic context of its use. However, if we approach this concept from a more emotional point of view, it is revealed to us in a much broader sense.

The mother tongue is the language that we use most freely and actively in all cases of daily life. The child learns the world through the mother tongue. This term refers to the language we hear from our parents, which we are brought up in and which is common to the people and the place where we were born. Each nation has its own. Our mother tongue is a reflection of culture and traditions, our heritage.

To better understand the process of working on such an essay, we decided to talk about the highlights of the famous "Mother Tongue" essay by Amy Tan.

What Did Amy Tan Write About In Her "Mother Tongue" Essay?

A good example of an essay on the native language is considered to be "Mother Tongue" by Amy Tan (her more famous work is "The Joy Luck Club").

The author is the daughter of Chinese immigrants. She grew up in an Asian-American family in California. During her life, she came across different languages, so non-Standard English became the subject of her analysis. Tan talks about her personal experience of using "different Englishes" in her life situations.

Our mother tongue greatly influences our lives, and this should be one of the highlights of your Mother Tongue essay. Amy Tan believes that the language a person speaks determines a person's life choices. Amy Tan's mother's English was far from perfect. And it affected her life. Tan uses the stories of the lost CAT scan, poor service in the department stores, taking IQ tests, SAT, and other achievement tests to confirm her opinion - language plays a significant role in the acceptance of immigrants by society.

According to the author, if a person is not a native speaker of English or a person's language is not perfect, it does not mean that this person is less educated and intelligent. Amy realized that the kind of English her mother spoke was far from ideal. However, for Amy herself, her mother's English sounded quite natural. But at home with her mother, she did not use the forms of English she studied at school. However, Amy tells how smart her mother is because she easily reads Forbes reports and all Shirley MacLaine's books.

Language plays a very important role in the family because it is one of the main values. Tan talks about how difficult it is to live with parents who speak limited English. In her essay, Amy tells how often she had to help her parents with translation to make their lives easier. The striking episode was Amy's phone conversation with her mother's stockbroker in New York. Thanks to her perfect English, she quickly solved the problem that her mother could solve in a "broken" language.

The main points of Amy Tan's essay are:

At first glance, it may seem to you that the topic of an essay on the native language is quite one-vector. However, it can be viewed from different angles. We have compiled a list of topics for essays that are worth writing about.

The Power Of My Mother Tongue

I am a Native American, and English language is my mother tongue. It is the language in which I express my thoughts of any content and in which I think. I have heard it since birth. What's more, the first time I heard it was before I was born when my mother talked to me and sang me songs. And I sincerely believe that my mother tongue is the most powerful language in the world.

I think that knowing English is a great advantage for all people. From my point of view, the power of language lies in its capabilities. Proper English is the language of opportunity. And bad or broken English significantly reduces the chances of success in various spheres of life. Why do I think so? In the wake of modern technology, English has conquered the world in a way that no other language in human history has. All countries recognize its special role.

Today, English is the language of the global economy and business environment. Even if the international company is located in Sweden or France, its employees communicate and correspond in English.

English is the language of intercultural communication in a globalized world because no matter who you are: Chinese, Italian, Spanish, or German, you will speak English together. In many countries where there are interethnic tensions, English plays the role of an ethnically neutral language.

I can give many more arguments in support of my opinion. However, it is difficult to argue here - my native language accumulates power that is not inherent in any other language in the world. And I'm proud of that fact.

The essay expresses your thoughts on a particular topic. However, this does not mean that they are the only correct interpretation of the question.

You can follow the standard structure of this type of writing.

Start so that the reader wants to read the text to the end. Choose a famous quote, joke, or write an impressive fact. In the introduction, it is important to write a thesis statement - the essay's main idea.

You can start, for example, with an impressive or interesting fact about language. Write why you are proud of your mother tongue or some interesting facts about it. It may be appropriate to compare the features of different languages. Here are some examples of good introductions:

A Good Thesis Statement For Your Mother Tongue Essay

The thesis statement is your main opinion, a "painful" question that you confirm in the text's main part. So when your story is ready, check out the following:

Did I answer the question? Did I prove my point?

If you do not have ideas for your own thesis, you can use our:

In this section, present your thoughts in the form of short theses and support them with arguments. The number of paragraphs in the main part will depend on the number of your thesis. You should articulate your thoughts clearly and competently. Use your own experience and illustrate it with relevant examples.

For example, write about the power of your language: "I believe that English opens up many opportunities for foreign students." And confirm your opinion with the argument: "The better a student knows English, the faster he will be able to master the disciplines." Remember if foreigners studied with you and tell about their success in learning a new language.

The following idea can be vivid: "In travel and entertainment, English is the most common. Wherever you travel, English is the language that allows you to integrate into any environment. In any country, you primarily look for maps and pointers. in English, it makes you feel confident."

Summarize your thoughts and give a specific answer to the main question of the work. Repeat your opinion: "So, I believe that my mother tongue is the most powerful in the world. First, most business areas depend on it. Second, it is a universally recognized language of the modern digital age. So personal growth is closely linked to learning English ".

When writing an essay, it is also important to consider the following points: