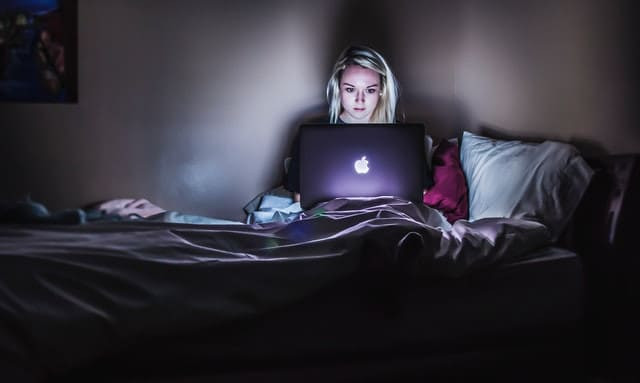 Ethical and moral philosophy form a central position in the performing of public policy. Under normal circumstances, it's the federal government's role to ensure a just modern culture where order, public trust, and tranquility exist. Because of this, government officials have to create and enforce ethical and moral requirements to ensure that the population functions well. Decision-making is the government's chief role. Therefore it must make ethical and moral factors to make decisions based on the well-being of the culture. The topic of politics and morality is raised in all public schools or other educational institutions. So, if you need homework help on this topic, you can always seek advice from our experts. The information below will also be an excellent well of drawing inspiration.

The Ratio of Politics and Morality

What politics and morality have in common is that they are designed to govern people's behavior. However, management methods vary significantly. Morality is based on convictions, and the main criterion for assessing an offense is one's conscience or the approval of others. Politics is based on the force of law, enactment, and coercive measures against those who violate the law, and the criterion for assessing the offense is the supreme court.

Politics and morality have different sources for creating a governance structure. Morality is based on moral values, customs, and traditions existing in society. The policy is based on the interests of various social groups in society, which are transformed into laws. At the same time, the ruling political party can impose laws on the entire society that protect, first of all, the interests of this very political party and infringe on human rights.

Another significant difference between politics and morality is that moral requirements are permanent, universal, and independent of a specific situation. Politics, however, must take into real account conditions and act depending on the emerging situation. In addition, moral requirements are highly abstract and do not always lend themselves to precise criteria for assessment. Policy requirements are quite specific - they are clothed in the form of laws, for violation of which is punished.

One of the central purposes of the government is to enforce regulations. The law signifies the will of the people who have their own social and honest perceptions of fact. The gov serves to perform the people's perceptions of reality as represented in their ethical and moral worth. The executive branch remains the prime custodian of people's principles. Ethics and moral beliefs have a significant effect on the operation of the culture. Hence, it is true that the federalist exercises control over the world. That is true in light of the duty of enforcing laws and regulations.

There is a lot of challenges the government faces in its moral assignments. Above all are the several perceptions of ethics and morality. This is combined with the practical reality that the law does not completely represent ethical and moral specifications. Perceptions are a significant threat to the legislators' role. Certain parameters that happen to be legal are occasionally regarded as violating ethical and moral specifications.

A good example is the issue of abortion. The government might legalize approximately abortion, and it remains a debatable honest issue. That is because some participants see it in modern culture as unethical. Other issues include divorce and sex marriage. These issues underline the fact that regulations are not a good tool for enforcing ethical and moral values. It underscores the failure of the government to ensure a just culture through enforcing the law.

Many students do not understand the relationship between politics and morality. Therefore, we will provide some examples of the circumstances under which the government adopts morality and ethics.

Beneath the social agreement theory, associates of the world surrendered their freedoms in exchange for order. To achieve this aim, the people established a government that was to govern the state with the person. Among the principal roles given of this organization was earning decisions concerning people (Cremer 2009). This means that the government must apply morality in decision-making. Making a decision is meant to maintain the brand with the passions and ideals of the world.

Apart from enforcing regulations that are perceived as the will of people, the government gets the expert to make decisions that affect the functioning of society. Therefore to make these decisions, the federal government should put ethical and moral judgments in prime concentrate. Public officials must make decisions that promote moral convictions or moral reasoning and stand for the same.

From moral values, the government emphasizes respect for rules and ethical considerations. The rules are the supreme guarantor of morality, ethics, and justice. Government should grant therefore scheduled importance to the law along the way of earning decisions. Decisions that are unlike the procedures of regulations should be discouraged. The law should be the common denominator of all government decisions. This will protect the rights of others from leaders with evil motives.

Another critical facet of thought is that of ethical consideration beyond the law. This will be interpreted optimistically to mean that regulations should be upheld in high esteem but shouldn't be the end of ethics. Certain areas of morality and ethics aren't entrenched in the law but should be upheld in decision-making. This respect visits and other aspects of governance. This demands integrity for state officials in the discharge of their obligations.

Leadership is a delicate affair that involves a political philosophy.  Since authority involves vision, path, and governance, the government must make many cares to ensure moral criteria do not take a back seat. The government is bestowed with the daunting task of making sure order and justice in contemporary society. That is to be achieved through the enforcement rule of law and regulations that signify the honest and moral values of the modern culture.

Through its actions, decisions the government has a lot of effect on social security. There is dependence on appropriate government actions not to undermine ethics and morality (Kiel & Lennick, 2007). Because the success of society depends upon how ethical specifications are adhered to, government officials ought to be careful in their activities to promote a just and orderly population. From this background, government authorities need to place several measures set up to ensure that the facet of ethics and morality takes on an essential role in its functions. This can lead to a justly moral world which is what will make life better for people.

The Problem of Morality in Politics

The most urgent problem of moral nature in modern politics is privileges for the managerial elite, which is connected with the question of the need to grant immunity status to deputies. There are two approaches to this in political science:

The only thing that we can unambiguously state is that parliamentary immunity is often rudely used to protect against criminal prosecution. According to statistics, 85% of people are confident that some rulers deliberately take the mandate of a deputy to cover up their illegal actions. Given these circumstances, it would be moral to abolish parliamentary immunity so that no one would be tempted to run for parliament to solve their problems. By the way, if you find it difficult to find statistics for a research paper, we offer statistics homework help. Experts will find the most interesting data that will make your article persuasive.

The federal government is the principal custodian of morality and honest prices in society. It is the role of the government to ensure that moral and honest standards are managed in society to assure order and justice. By exercising the law's procedures, the federal government achieves its objective of fabricating a just and orderly society. However, since ethics and morality are relative terms, not absolutely all areas of ethics and morality can be entrenched in the laws. This poses difficulty to the government's role of satisfying ethical responsibilities. Therefore, the government needs to develop another method of achieving justice and orderliness through ethics. Through its cultural obligations, the federal government enforces ethical and moral benchmarks in the population. Finally, we note that we are ready to provide accounting homework help or any other assignments. Therefore, feel free to contact our experts, and they will improve your academic performance!