How to Calculate Copper Molar Mass 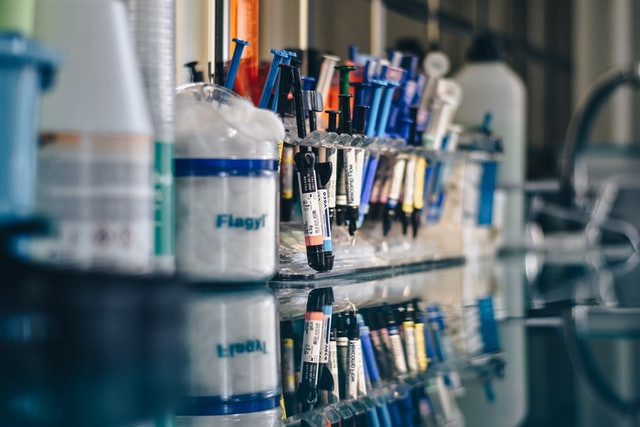 Chemistry is how we, massive human beings, can examine the minute molecules and particles in substances and objects.

We interact with substances daily. We must first have a sense of how much substance there is before using it or predicting how it will act.

For example, the atomic structure of a sugar packet is C12H22O11. This means that the packet contains 12 carbon atoms, 22 hydrogen atoms, and 11 oxygen atoms. We have no idea how this chemical will react to the other particles, including our body, upon intake.

Stoichiometry is the act of predicting the amounts of substances participating in a chemical reaction. In Greek, it literally means “measuring elements.” It allows us to count atoms (i.e., Magnesium) by weighing them.

The name copper, or cuprum, is derived from the Old English name, “coper,” meaning a metal from Cyprus.

What Is Molar Mass?

Molar mass is the mass of one mole of particles or molecules; it’s expressed using the unit g/mol. Mole, which may also be spelled as Mol, is a very large number within particles and molecules.

A single Mol of a substance equates to 6.02x1023 particles or molecules. This number is also known as Avogadro's number or NA. This is considered the constant proportionality of the number of constituent particles within a given sample, meaning its value does not change.

These constants are often specified by NIST (National Institute of Standards and Technology).

Let us use an example to visualize this better.

Molar mass has gained alternative names, but it never changed its definition. Some of the names include:

Is molar mass different from atomic mass? They are different concepts, but they both pertain to the same value. The difference is that the atomic mass is expressed in the unit amu, while molar mass has a unit of g/mol. Atomic number, on the other hand, is a different topic.

Molar mass values can be found in some periodic table illustrations and other literature. It is relatively easy to find and is commonly written underneath the name of the element. Per atom, we have a designated molar mass.

Isotopes refer to atoms having an equal number of protons yet a different number of neutrons. Because of this, isotopes tend to have very similar properties. As for the molar mass of an electron, it has a molar mass of 0.000549 u.

Note that an element's atomic weight is considered the relative sum or average of all organically existing isotopes of that element. This is the number that appears in the table.

Steps to Determine the Mass of Copper

These are the exact steps that you need to follow after obtaining the mass of copper.

Task Examples with Solutions: Computing for the Molecular Mass

We will present a series of sample activities with solutions for calculating the molecular mass of a chemical compound and hydrates. The general molecular formula for molar mass requires the sum of the molar mass of all elements involved.

For the formula weight, multiply each amu or g/mol with the given subscripts before adding

In the case of hydrates and/or sulfide: the center between the two compounds means that the latter surrounds the prior.

In this section, you have learned important information regarding molecular mass. You have also familiarized yourself with computing the molecular mass of substances, precisely copper compounds. Mastering stoichiometry can enable us to have a better grasp and establish better predictions of chemical reactions and chemical formulas.

Stoichiometric calculations determine the number of atoms and the number of moles. They also include the concepts of reagents and conductivity. Try to practice your skill in computing for molecular mass by reviewing the given exercises.

Feel that you need help to deal with Copper Molar Mass? Ask Studybay! Our experts provide online tutoring and writing services for students.