Cl Molar Mass - 5 Steps How To Quickly Solve The Task 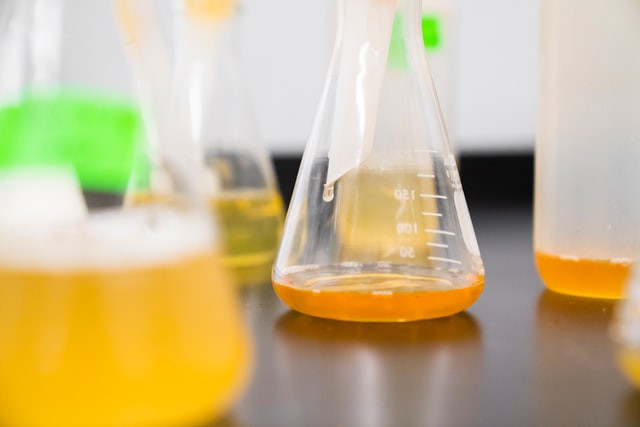 Most students often hate chemistry. For many of them, their weekdays are almost monotonous: at home, at school, at work. But in fact, there are millions of chemical reactions going on around us every day. Today we want to draw your attention to such a concept as the molar mass of Cl since this element is indispensable in every person's life. We will also make the task easier for many students and show you how to solve a chemistry assignment in five steps.

Cl - What Is This Chemical Element?

Molecular mass according to the periodic table: 35,453 amu.

Number of atoms: chlorine is made up of just one atom - Cl.

In 1774, Karl Scheele, a chemist from Sweden, first obtained chlorine, but researchers believed it was not a separate element but a hydrochloric acid. Elemental chlorine was obtained at the beginning of the 19th century by Humphrey Davy, who decomposed table salt (NaCl or sodium chloride) into chlorine and sodium by electrolysis. Chlorine is an element of the XVII group of Mendeleev's periodic table of chemical elements, has an atomic number of 17 and an atomic mass of 35,453. In the chemical compound, it is customary to denote Cl. Chlorine is the most abundant halogen in the earth's crust, most often in two isotopes. Due to its chemical activity, it is found only in the form of compounds of many minerals.

How to Find the Molar Mass of Chlorine?

To calculate the molar mass of chlorine, you need to follow five steps:

An Example of Solving a Task Using Chlorine Molar Mass

You may be faced with various tasks where you need the molar mass of chlorine. Therefore, as homework help, we have prepared an example of solving the task for you.

Decision: From the formula of the NaCl substance, it follows that 381 - 150 = 231 g of chlorine are involved in the reaction. Since substances react in proportion to equivalents, you can make a proportion:

Therefore, the molar mass of the sodium equivalent Meq (Na) is:

At temperatures above -30 °C, chlorine is a greenish-yellow gas with a characteristic pungent irritating odor. Chlorine quickly liquefies under ordinary pressure, when cooled to -34 °C, and forms a clear, amber liquid that solidifies at a temperature of -101 °C.

Due to its high chemical activity, free chlorine does not occur in nature but only exists in the form of compounds. It is found mainly in the mineral halite, and it is also included in such minerals as sylvin, carnallite, sylvinite. The chlorine content in the earth's crust is close to 0,02% of the total number of atoms in the earth's crust, where it is in the form of two isotopes 35Cl and 37Cl, in the percent composition of 75,77% and 24,23%.

Chlorine reacts directly with almost all metals. For example, with magnesium, oxide, potassium. With some only in the presence of moisture or when heated.

With non-metals, in addition to carbon, nitrogen, oxygen, and inert gases, chlorine forms the corresponding chlorides. In the light or on heating, it actively reacts with hydrogen by a radical mechanism. A mixture of chlorine and hydrogen in small concentrations burns with a colorless or yellow-green flame.

With oxygen, chlorine forms oxides in which it exhibits an oxidation state from +1 to +7: Cl2O, ClO2, Cl2O6, Cl2O7. They have a pungent odor, are thermally and photochemically unstable, and are prone to explosive decomposition.

Chemical methods for producing chlorine are ineffective and costly. Today they are mainly of historical importance. You can get chlorine by reacting potassium permanganate with hydrochloric acid.

We want to highlight one more method - this is the laboratory one. Due to the availability of chlorine in laboratory practice, scientists usually use liquefied chlorine in cylinders. Chlorine can be produced by the action of acid on sodium hypochlorite. If it is impossible to use cylinders, scientists can use small electrolyzers with a conventional or valve electrode to obtain chlorine.

Where Do People Use Chlorine?

Cl2 is a unique substance. It can be used to purify water and at the same time create chemical weapons of mass destruction. Chlorine is essential in many industrial processes: