Everything You Need to Know About Lidl Organisational Structure 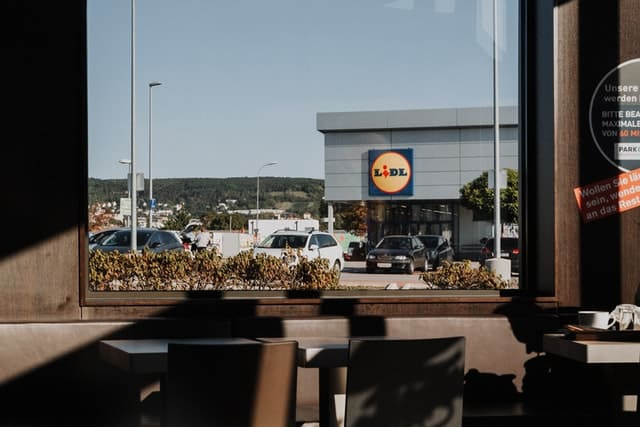 Due to an effective organisational structure, Lidl's success can be attributed to a low-cost business model that maintains strategic alignment. In September 2015, Aldi and Lidl grocery discounter combined sales accounted for over 10% of all grocery sales in the United Kingdom. Lidl's market share climbed to a new high of 4.4% during the time, up 0.7% points from the previous year attributable to 19% sales growth.

Based on a pricing check on a basket of 20 goods by Jefferies analysts, Lidl is around 9% cheaper than Walmart. According to analysts, Lidl's outstanding success was fueled in part by the opening of new shops at a time when many of its larger competitors were closing stores. Lidl has attempted to broaden its popularity by renovating its stores and even becoming the official grocer of the England football team.

Why You Should Be Aware of Lidl Organisational Structure

No wonder, Lidl has a good organisational structure. The excellent strategic alignment between Lidl's commercial and supply chain objectives, which includes segmentation, is at the heart of the company's success. Lidl has a somewhat flat organisational culture, with management believing in and supporting employee initiative and drive.

Since this management structure is to create sales objectives with employee participation, rather than a top-down dictating strategy, a flat structure is permitted. The management works with the workforce to define roles and responsibilities, design tasks, and identify areas of responsibility.

Furthermore, management has a high level of trust and faith in Lidl employees, assuming that they will execute duties to the best of their ability. Employee suggestions are encouraged, allowing for open, honest, and direct communication.

Lidl, as a multinational company, is proud of where they came from. In Ludwigshafen, Germany, the first modern Lidl shop opened in 1973. This little store became the cornerstone of Lidl's far-reaching development, with only three staff members and around 500 goods. It began expanding stores outside of Germany in the 1990s, and within a few years, it already had locations all throughout Europe.

Lidl now has around 11,200 outlets in 32 countries and employs a large number of people, over 310,000 worldwide. Their goal is to provide consumers with the highest-quality food products such as fresh fruit, meat, baked goods, and non-food such as home items at the most affordable pricing.

Here are some highlights from Lidl's history:

Here are some quick facts regarding Lidl that you should be aware of:

What Is Organisational Structure?

Some companies use organisational structures in the workplace to help them function more effectively. Different structures may be more useful than others.

The term "organisational structure" refers to how groups and individuals are organised or departmentalised to assist an organisation in achieving its objectives. For each role, it establishes a reporting structure, job descriptions, salary, and responsibilities.

The moral, economic, and commercial goals of an organisation must all be considered while designing an organisational structure. It should allow for the organisation's expansion and the creation of new roles or divisions.

It specifies each position, its purpose, and the person to whom it reports inside the company. This structure is created to define how an organisation runs and to aid it in achieving its objectives in order to allow for future growth.

Although several organisational structures have been designed to accommodate the demands of various operations, they always include a hierarchy that reports to a centralised location and group of executives.

Why Does a Company Need It?

Organisational structure is necessary for a business to thrive and be profitable. Otherwise, individuals would tug in all different ways. Human resources that plan the structure guarantee that the organisation has adequate people resources with the appropriate capabilities and clearly defined duties to achieve its objectives.

Learnings From the Results of Lidl Organisational Structure

Leadership is not something they perform in the background - it's their primary role and occurs on a daily basis. They behave in harmony at Lidl, regardless of status, and ensure that everyone in the firm is in working condition under their direction. The senior managers regard themselves as members of the team and place the company's success in their hands.

Lidl's communication is simple and straightforward, exactly like their business approach. They communicate openly and honestly. If a problem emerges, they confront it directly, quickly, and equitably settling it. Managers generate meaning by consistently clarifying the overarching context, valuing, and recognizing everyone's participation.

For Lidl, employees are the most powerful stakeholders. Lidl creates an inclusive culture by having a work-life balance and including employees in decision-making. When executive decisions are made, they carefully explain why. They make certain that their staff members are the first to know about any changes. They look after them by giving staff members the information they require. Lidl employees who have the confidence to ask questions, even if they are critical questions, are respected. They take their time answering these queries.

Benefits of an Organisational Structure

Knowing the possible drawbacks will assist a firm in overcoming these issues and improving its operations.

The structure of your organisation gives you the power and can assist you in improving your operational effectiveness. Lidl started as a small business, like many other small firms, benefits from leveraging methods and requires structure in the same way that giant corporations do.

In summary, having an organisational structure is necessary for effective management. By creating a framework within which individuals may efficiently work together, well-designed organisations may assist boost cooperation and production. It is important to connect people to design while constructing the organisational structure. Build structure into your business now, and you'll be carving your own path to success in the future.

Do you need help in writing your essays and homework quickly? Or maybe you're having trouble producing a research paper? No matter what coursework it may be, Studybay can assist you. Connect with us today.