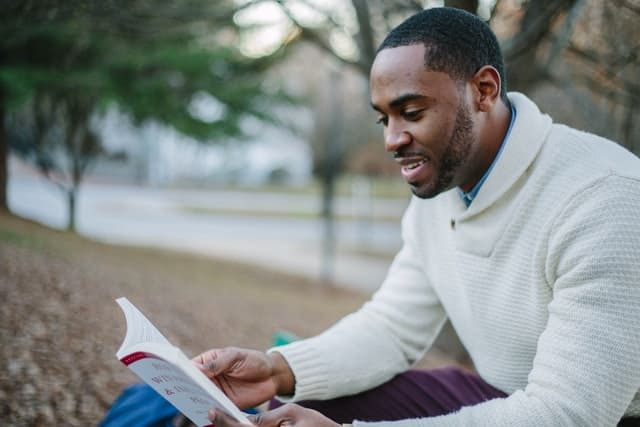 Language is a powerful yet complicated aspect of life. It doesn’t only come in verbal form, but also written and somatic or sign language. It is the bridge that both connects and separates our identities from one another.

In the world today, there are over 7,111 languages being spoken, dialects not yet included. Yet, a major problem is that 40% of these languages are endangered. Most of them are native languages of remote and old tribes. Indeed, languages are growing fewer. This is why it’s important to continue the study of language, especially the endangered ones.

When you study language, two major aspects that you must understand are conceptual and associative meanings.

A Short Background on Semantics

When you look up the word “semantics” in the dictionary, it’s defined as the study of meanings. Semantics professor, R.F. Palmer, says semantics focuses on the meaning of words, phrases, or sentences.

“That’s just semantics,” is something you might’ve heard someone say a few times in your life. When they say this, they mean to say that different parties have different understandings of a word that means the same thing.

Conceptual Meaning: What Does It Mean?

When we talk about conceptual meaning, we’re referring to the clear and logical definition of a word based on the structure and form of the word. In other words, you define a word based on only its most basic form.

Linguists also describe this as designative, cognitive, descriptive, or denotative meaning. Leech, G. considers this type of meaning as primary. His reason is that it is comparable in the organization and structure of a language.

An example is the word “cat”. When you say, “I have a cat,” you mean that you own a furry feline. In this case, you are using the literal use of a word. When someone says “New York,” they often connote the metropolitan city on the US east coast.

If you’re using a writing service for your term paper, make sure you make clear any jargon with multiple meanings outside of the field.

What Does Associative Meaning Pertain to?

When we talk about associative meaning, we are taking into account various factors that may describe a word, not only the base form and definition of a word. We’re also considering other aspects, like cultural context, emotional state, social circumstances, and personal associations.

Types of Meaning in Semantic Studies

As mentioned above, associative meaning includes five types of meanings:

This is the stylistic meaning or connotation of a word as communicated by virtue of what language refers to. It may refer to physical and sociological properties. For example, the word “woman” connotes “adult, female, and human.”

This is understood through the recognition of different dimensions and levels of style within the same language. To reveal social meaning, Leech includes the aspects of pronunciation, intonation, sentence structure, and others. For example, the words “died,” “passed away,” “deceased,” and “kicked the bucket” have different meanings.

It communicates the feelings and attitudes of the speaker or writer. For example, politely asking someone to be quiet as opposed to telling someone to shut up.

It is what gets communicated through associated with another sense of the same expression. Words with multiple meanings may get misunderstood as taboo words. Examples are cock, erection, and contact.

The synonymy, collocation, or associations a word requires on account of the meanings of words that tend to occur in the environment of another word. The word “pretty” often goes with “girl, boy, garden, village, and flower,” while “handsome” often goes with “car, man, and boy.”

When you’re writing a custom paper for school, use new words and their various meanings to enrich your coursework.

Examples of Words and Their Conceptual and Associative Meanings

A single word can mean a lot of things.

Let’s take the denotation of the word “cougar.” In conceptual language use, it refers to the wild cat. In other colloquial uses, cougar takes new semantic roles. It may refer to an older and mature woman who prefers a younger partner.

Certain words and phrases may have the same referent but also hold contrastive meanings. For example, “clip” is an interesting word because it can denote “to cling” or “to split apart.” The verb “dust” is another example. You may say “dust the cake with powdered sugar,” as in to add sugar. Or say “dust the house,” as in to remove dust. As you can see, the two meanings of “cut” and “dust” are antonyms.

Your grammatical competence will reflect in your language use. Various social circumstances will also change the meanings of the words you use and choose to say.

Do you need help writing your research paper? Use Studybay’s research writing service and get a deal you’ll never regret.