What Is An International Relations Essay? 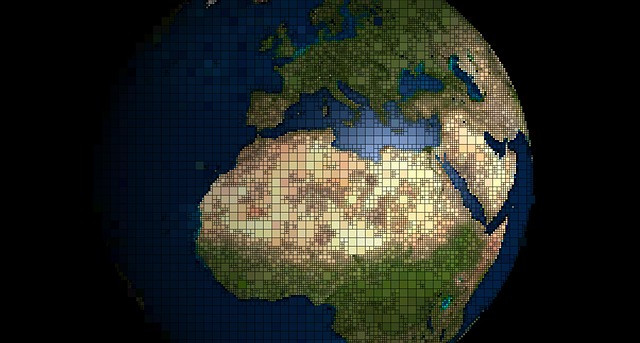 The urgency of the problems of international politics is constantly growing in the face of radical changes in the world, the aggravation of global problems, the unresolved nature of which threatens the existence of mankind. Therefore, research on the study of international relations is a complex and demanding task.

When a teacher gives you the task of writing an international relations essay, he expects the student to be familiar with a wide range of educational issues: economics, history, political science, and others. Topics in foreign policy include problems of globalization, poverty, corruption, human rights, and many others. You must demonstrate the ability to look at the root of the problem and be able to apply theoretical knowledge in everyday practice.

How To Choose A Suitable Essay Topic

So when you get the assignment to write an international relations essay, you can start thinking about the best topic for you. There are three scenarios for choosing a topic: the teacher assigns the topic; you choose a topic from the list provided; you formulate the topic yourself. If you have been given the opportunity to choose the topic yourself, approach this question as responsibly as possible. We encourage you to follow these tips when choosing an original topic:

Brainstorming. Focus on what interests you most about international relations. Think about what you know best and write down your ideas.

Look for valuable works of famous scientists in the field of international research. Read books and articles on the topics that you have identified as the most interesting. Try to find "fresh" information that you can use for your research paper on international relations.

You can use research from well-known organizations as a reliable source of information. For example, Freedom House conducts interesting research on the state of political and civil liberties. You can use their reports to build the evidence base of your essay.

Look for authors who have different views on the same issue. Write a "For and Against" essay, contrasting their arguments.

Don't choose a topic that is too specific. You may have difficulty accessing sources. For example, you may be interested in the political system of a small African country. However, you can spend a lot of time searching for sources about this country without gathering enough information for your essay.

Don't choose topics that are too general. Remember that your job is to write an essay, not a dissertation. So choose a topic that you can fully analyze in the essay. For example, in an essay, you will not be able to explore the whole history, causes, and consequences of the Cold War. However, a separate aspect of this topic (for example, "The Impact of the Cold War on relations between the United States and the USSR") is fully consistent with the size of such a genre as essays.

If you have a stupor while working on a topic, it is better to change it. If the search for a relevant topic does not yield results - contact the writing service where experienced authors will help you solve this or other problems.

Possible Topics For An Essay On International Relations

Implications of Brexit for the United Kingdom and the European Union

Brexit has had both positive and negative consequences for both sides. It should be remembered that the UK was one of the largest donors to the community, and its exit from the European Union could not remain without consequences. Nevertheless, Brexit posed many threats to the country. In particular, we are talking about the deprivation of the right to vote in the adoption of strategically important pan-European decisions and the severing of trade ties with the EU countries.

The process of globalization has spread mostly in the financial sector. Information technology has made it possible to combine the world's financial centers, reduce the time of transactions and their cost. At the same time, some states are losing control over the movement of private capital, which determines the economic situation in most countries. A new global decision-making mechanism is being formed with a new composition of participants.

An important consequence of this was the de facto independence of the global financial market from the policies of individual countries.

The main suppliers and main consumers of fuel and energy resources

Analysis of legal regulation, main trends, technologies and practices of lobbying in the United States of America.

Differences between the UN and the League of Nations

The main difference between the League of Nations and the United Nations is that the first organization was formed following the results of the First World War, the second - after the end of hostilities in Europe, which took place in the next world conflict.

Modern geopolitics - a celebration of realism over idealism?

This issue is very controversial. The aspect of modern international affairs is described and explained more fully by the theory of political idealism, but it is based on a realistic foundation - the selfish nature of people and the natural desire to survive.

In this regard, it is worth considering the theory of Machiavelli, who believed that the principle of force to protect national interests underlying the interaction between states in the international arena.

Due to the numerous cases of mass migration to other countries because of wars between states, non-international conflicts, and political persecution, special attention should be paid by the relevant public authorities to ensure the rights and freedoms of such categories of people refugees. An effective mechanism for ensuring the rights of refugees must be developed at the international level.

Most researchers on this subject have concluded the undisputed leadership of the United States in world politics, socio-economic, scientific, technical, and military aspects at the beginning of the third millennium. This shows that America is leading the international system's evolution and continues to be a major player on the modern world stage.

In modern international law, much attention is paid to the legitimacy of humanitarian intervention and analysis of the legal basis for its implementation. Particular attention should be paid to the negative aspects of this phenomenon.

One of the negative characteristics of the nature of humanitarian interventions is their abuse. This is because states sometimes point to the use of interventions for good - the protection of human rights.

The "retreat" of democracy

Every year, researchers record a decline in global political and civil liberties. This applies not only to consolidated authoritarian regimes such as China but also to established democracies such as the United States.

In many post-Cold War democratized countries, freedoms have deteriorated, including through rampant corruption, anti-liberal populist movements, and violations of the rule of law. But what is most worrying is that populists have been able to "shake" even established democracies.

Today we clearly see the decline of the three main components of liberal democracy - liberalism and democracy as ideas and practices, as well as the rule of law.

Take Care Of The Appropriate Structure For Your Essay

Like any other essay, the international relations paper must conform to the generally accepted structure: it must have an introduction, body, and conclusion. Let's talk about the features of the structure of the international relations essay. Let's analyze the structure of the essay on the example of the following topic: "Cyberterrorism as a new global threat".

Introduction. Here, your main tasks are to interpret the title of the essay, explain your position, and interest the reader. Don't forget about the thesis statement - your main idea.

You can start like this: "The interesting and at the same time difficult topic of my essay is the fact that today there is no generally accepted interpretation of the term "cyberterrorism" in the world. In a general sense, cyberterrorism is a kind of set of actions in the web environment that carry a terrorist nature and a threat to the national security of an individual, society, or the state as a whole. I believe that the only real way to combat this phenomenon can be close cooperation with each other of all countries of the world."

Body. Here you should present your main theses and arguments. The number of paragraphs should correspond to the number of abstracts. However, it is better to have no more than 2-3. Focus on the strongest arguments and practical solutions to the problem under study. The topic of cyberterrorism can be considered as follows:

"Fighting cyberterrorism is difficult. Various international bodies and organizations are involved in cooperation in the fight against cyberterrorism. These include the United Nations, the Council of Europe, Interpol, the International Organization of Experts, etc. Recently, within the framework of the UN and its agencies' work, a number of international legal documents have been adopted that affect various aspects of preventing cyberterrorism. Internet providers are required to collect, record or intercept the necessary information using the available technical means and provide assistance in this to law enforcement agencies. But, unfortunately, this is still not enough to protect oneself from such a threat."

Conclusions. Summarize the arguments you made in the body.

"Cyber terrorists do not plant bombs or take hostages. But I believe that today cyberterrorism is one of the global threats to the world community, affecting all countries and continents. Its victims can be both ordinary citizens and commercial structures, banking institutions or public authorities."

Suggest your own vision for solving the problem:

The final stage of work on the essay is its verification. Make sure there are no grammatical mistakes, syntactic inaccuracies, or plagiarism in the text. Your essay must be logical and consistent.