Everything You Need to Know About Half-Life Formula 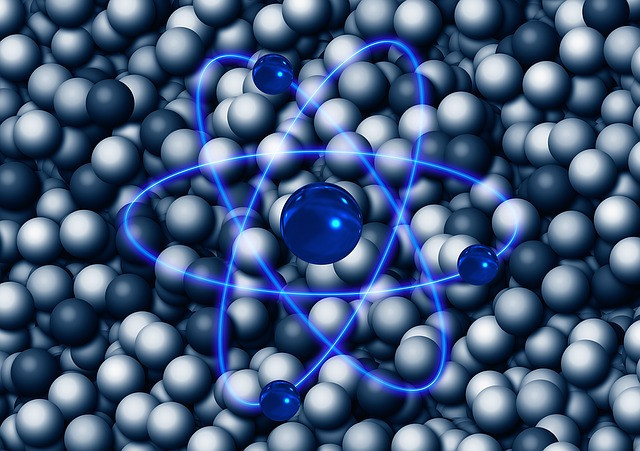 There are isotopes that are indefinitely stable, while some are radioactive and decay. As time passes by, the number of present radioactive isotopes will continue to decrease, as will the level of radioactivity. An aspect of this decay is what we call the half-life.

What Is the Half-Life Formula?

A half-life formula is a useful tool in nuclear physics. Generally, a half-life is the length of time it takes for one-half of an atomic nuclide of a specific sample to react - or how long it will take for neutrons to decay into groups of proton, electron, and antineutrino. It’s a phenomenon that happens in different chemical reactions and nuclear reactions like nuclei decay or radioactive isotope decay.

It’s been discovered that radium and polonium decay faster than uranium - which means that the two have shorter lifetimes, resulting in a higher rate of decay. And half-life measures the amount of time it would take for half of a radioactive isotope or any amount of a radioactive substance to decay.

The half-life of any radioactive nuclide or isotope is always constant. It is unchanging and is not affected by any conditions, such as the initial amount of the isotope.

Half-lives are properties of different unstable atomic nuclei and the specific way they decay. Alpha and beta decay are slower processes when compared to gamma decay.

To reiterate, the half-life formula is the equation used to determine the amount of time it will take for a substance of a certain amount to reduce to half of it due to decay, and therefore, the emission of radiation.

The half-life formula also describes reaction rates in radioactive decay kinetics. This formula determines the amount of time required for the first-order reactant concentration to reduce.

Given that every set of two reactions has the same first-order, the faster ones have shorter half-lives while the slower ones have a longer half-life.

Half-Life of Some Substances

Since the half-life formula has been used to determine the half-lives of many isotopes, here is some example of elements with their corresponding half-lives:

The half-life formula, based on its definition, is derived from a formula for exponential decay that states:

N0 = the initial amount or quantity of the radioactive substance that will decay. The unit of measurement of this quantity can be in moles, grams, number of atoms, etc.

N(t) = the amount of the remaining substance, and its decay has still not taken place after the time t

λ = the rate of decay constant of the decaying quantity; it is always a positive number.

Now, we can start the derivation:

This is the half-life formula. It shows that the amount of time it will take for half of a substance to decay is equal to the ln of 2 divided by the decay constant of the decaying quantity.

However, there is another variation for the half-life formula.

Using the half-life values, the amount of remaining substance after a specific amount of time can be specified.

Where n = the number of half-lives.

Here are some examples for the half-life formula:

Example 1. Calculating the half-life of a certain radioactive substance with a decay constant of 0.003 per year would give us____.

Answer: This means that the half-life of this certain substance is 231 years, which also means that it will take 231 years for half of this substance to decay.

Example 3. Find the age of the Shroud of Turin if the amount of carbon-14 found in the material is 90% of that in living tissue.

What Is the Use of Half-Life Formula?

The half-life formula has many uses, especially in various fields of science. This formula is utilized by geologists, archaeologists, and even medical experts. But its most essential use, specifically for geologists and archaeologists, is for radioactive dating.

Radioactive dating is a technique used by experts in determining the age of various artifacts and other materials such as rocks and ancient objects. It gives information on their attributions, such as the exact age of rocks and other geological features and man-made materials on Earth.

Some of the most popular dating techniques include potassium-argon dating, radiocarbon dating, carbon-14 dating, and uranium-lead dating.

Exponential Function for the Safeness of a Material

The formula is also used in the medical field to determine how long a radioactive material is safe to be handled, since they’re most likely to be injected into patients. There’s an existing rule that a sample is safe as long as its radioactivity dropped below detection limits, which occurs at 10 half-lives.

For example, radioactive-131 is used and injected into the body for thyroid cancer treatment and has a half-life of 8 days. It means that it’ll be gone in 10 half-lives, or after 80 days.

For different kinds of problem concerned and related to the half-life formula and half-life of substances, these three formulas can be used:

The half-life formula has many uses, such as in the measurement and determination of the proportional rate of decay of radioisotope, the exponential decrease in the number of radioactive nuclei of a substance, and in showing a graph of exponential nuclear decay of various substances over a unit time as a function of time.

They’re used to date the age of ancient materials, determine how long a substance is safe to handle, and figure out how long it would take for a substance to decay. Although there’s only one main formula regarded as the half-life formula, there are other two helpful formulas for solving different kinds of parameters in different situations.

Feel that you need help with Half-Life Formula? Ask Studybay! Our experts provide online tutoring and writing services for students.