The Difference Between Documentaries and Narrative Films 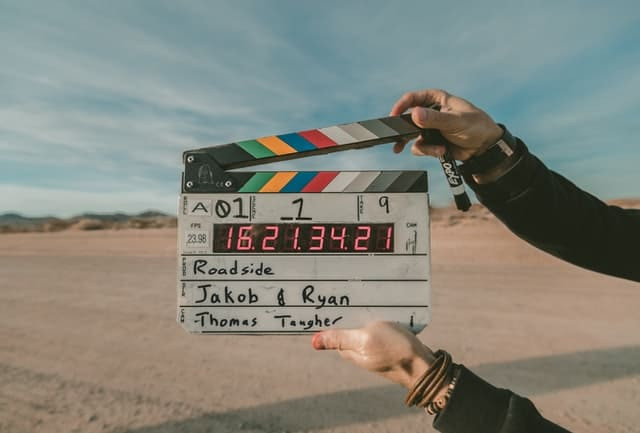 If you are a filmmaking enthusiast or a student of film and media, knowing the difference between documentaries and narrative films is imperative. In this article, we will discuss the key differences that distinguish the two types of motion picture from each other. We will also give an overview of primary subgenres that exist and the distinct characteristics they each possess. The information in this article can help media students with essay writing.

The purpose of a documentary is well-defined and significantly differs from the purpose of a narrative film. While the main purpose for the latter is to entertain, The Oxford English Dictionary explicitly states that documentaries are intended to "document reality, primarily for the purposes of instruction, education, or maintaining a historical record."

In the past, documentaries were usually highlighted during indie film festivals where independent filmmakers could showcase their work. However, in recent years, the popularity of the documentary genre has rapidly increased, and films are now frequently watched on TV, streaming sites, and in cinema.

Are They That Different?

Some critics have claimed that due to filmmakers attempting to gain more mainstream viewership, the line between fiction and reality has been somewhat blurred.

As a result, there has been a rising trend among modern documentaries, where they no longer represent reality quite as objectively or truthfully as before. Hence, the purpose and formal definition of documentaries have since evolved.

Sometimes, portions of footage in a documentary are fictionalized to an extent, such as re-enactments, dramatizations, and even scripted interviews. This has led to new subgenres known as docufiction or docudrama. These can take the form of satirical films in the style of a documentary, made for entertainment purposes, or a tongue-in-cheek social commentary of a given topic.

When the Lines Between Real Events and Fiction Get Blurred

Most of this is done through editing footage to create a misrepresentation of reality either by featuring them out of context to change the original meaning, complete omission of important scenes and facts, or some other manipulation that causes an inaccuracy in the depiction of real events and subject matters.

One controversial documentary filmmaker that perpetrates this corruption of the documentary genre is Michael Moore. Perhaps his most infamous titles include Bowling for Columbine and Fahrenheit 9/11.

While both of these movies are considered documentaries because all clips are non-fictional, they were heavily edited and put together to convey a different meaning to the original context and intent.

Therefore, Moore's documentaries have an imposed personal bias on the facts of the subject matter, and thus, the interpretation of information has been intentionally changed to mislead audiences.

What Is a Narrative Film?

A Narrative Film is a motion picture that centers around a fictional or fictionalized story and can take place in a real-world or fantasy world setting.

They are also known as fiction films or fictional films because the identifying characteristic of a narrative film is that the story is either entirely non-factual or is an exaggerated version of something that happened in the real world involving real people. In the latter case, re-enactments of real events are scripted and performed by actors.

Although Todorov strongly suggested that narratives would have a chronological order, events can be presented to the audience out of sequence in a non-linear narrative.

Narratives may also be single or multi-strand. This means that the story could either focus on one central character on their journey or multiple main characters in separate subplots that may or may not converge to the overall arc.

In general, each character, their interactions, and the series of events that unfold all contribute to driving the narrative forward. As film has developed over the years, filmmakers have utilized the visual aspect of motion picture by including symbolism and other observable thematic elements to aid in conveying pertinent components of the story to the audience.

The majority of Hollywood feature films are narrative films. They can be further broken down into various film genres, all with specific characteristics. Some primary genres include romance, sci-fi, fantasy, westerns, film noir, and musicals, each with subcategories and hybrid genres.

Some examples of box office narrative films are:

What Is a Documentary?

The definition of a documentary is slightly more complex.

Many reputable academics, theorists, and documentary filmmakers have weighed in on how a documentary should be defined. What's more, the genre itself has seen an evolution over time, causing even more ambiguity.

John Grierson was a Scottish trailblazing documentary maker, often considered the founding father of British and Canadian documentaries. In fact, he was the first to coin the term "documentary" during a review of Robert Flaherty's Moana (1926).

He defined documentary filmmaking to be: "a creative treatment of actuality." This would indicate that Grierson perceived documentaries to be rooted in reality, directly referencing real-life situations and real people, albeit through the lens of rhetoric and aesthetic choices.

Grierson also defined the purpose of a documentary to be a: “desire to bring the citizen’s eye in from the ends of the earth to the story, his own story, of what was happening under his nose”.

Thus, it would indicate that he felt documentaries were to be experienced from the filmmaker's point of view.

This was also echoed by American film critic and theorist Bill Nichols, who defined documentaries as: “a representation we already occupy and stands for a particular view of the world, one we may never have encountered before even if the aspects that are represented are familiar to us”.

Both of these perspectives are in stark contrast to the Soviet filmmaker Dziga Vertov's position. Vertov's stance on documentaries was that of presenting "life as it is" (that is, life filmed surreptitiously) and "life caught unawares" (life provoked or surprised by the camera).

This vision was most notably realized in the 1922 series titled Kina-Pravda, which has the literal translation: "film truth". This was one of the first instances of the use of a hidden camera. From this work, he derived a much-debated film philosophy that deduced film to have a more accurate truth than what can be seen by the human eye.

Although there are many differing nuances in the definitions provided, they all agree upon the notion that documentaries are non-fiction films that portray real events as they happened.

The Six Main Types of Documentaries

In 2001, Nichols outlined six main subcategories for the documentary genre in his book Introduction to Documentary. These were:

Expository documentaries are a series of visual images with a voice-over narration. This type of voice is also known as the voice of God and serves to give the audience facts and figures to inform or persuade.

Poetic-style documentaries seek to trigger certain emotions or moods through the use of various techniques. They are often described as avant-garde because they break away from typical expectations of continuity, and visual rhythm is prioritized instead.

The observational documentary ipresent real-time footage that most accurately represents real-life. French filmmakers Edgar Morin and Jean Rouch are credited as inventing this subgenre and called it cinéma vérité as an homage to Vertov's Kino-Pravda.

In a participatory documentary, the documentary filmmaker actively participates in the film. Audiences' experiences align with the filmmaker's point of view. They may also provide voice-over narration and may even appear in solo scenes.

Reflexive documentaries share similarities with participatory documentaries in that the documentarian also makes physical appearances in the film. However, the usual focus is not on any external subject matter or social issues but rather on the documentary filmmaking process itself.

We have discussed the definitions of a narrative film, a documentary film, and their differences. We have also broken down the six different types of documentaries as outlined by Bill Nichols. If you're a student who still feels uninspired to write your essay, you may be interested in using our paper writing services. Alternatively, you could also buy research papers online.