How to Craft a Scary Story - Step by Step Analysis 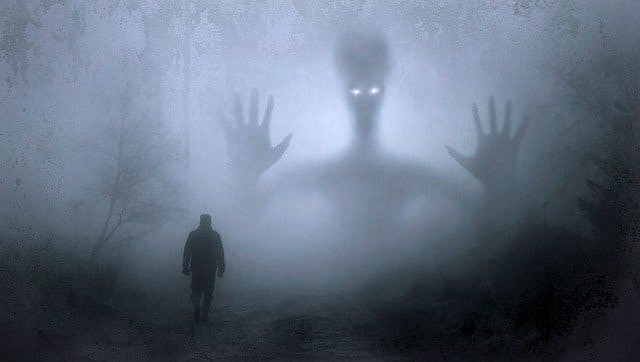 Very few things capture the human imagination quite like a scary story. The horror genre forms a vital part of English literature and has been the subject of many research papers over time. Great names like Edgar Allan Poe, Algernon Blackwood, Sir Arthur Conan Doyle, M. R. James, and even more contemporary writers like Susan Hill, Neil Gaiman, Stephen King, and Anne Rice have advanced the art of horror short story beyond what we usually got before.

In this narrative essay, we will show you how a ghost story works. From a list of writing prompts, we have selected one for this sample essay, and though it doesn't feature serial killers stalking children during Halloween through flickering streetlights, we hope you will enjoy the roller coaster regardless.

My mother always told me that going up to the second floor was a bad idea. She had lived on the ground floor flat for twenty-two years, she told me, but people living overhead came and went. Had been for as long she had lived there. Not a single family in her recollection had ever stayed there for more than six months.

At least five families in her memory, and two in mine, had come and gone. The only person who stayed more than six months was a lone lady. From what my mother told me, she lasted so long because she had her own rituals she performed. But even she couldn't stay for longer.

What exactly haunted the second floor of our house, I didn't know. But it was a well-known fact that it was haunted. The entire neighborhood knew. Nothing ever happened on the ground floor, but when we went to bed at night, we could hear the sound of furniture being moved.

Oddly enough, the flat was untenanted at the time.

And so, I got curious. I wanted to find out exactly what was going on up there. The stories told by former tenants were much the same. Furniture being thrown about, windows and doors slamming open and closed. One woman was almost strangled in bed. Needless to say, that family moved away immediately afterward. I was deathly afraid of going upstairs. When I was little, the thought of a ghost living upstairs was enough to stop me from going to the toilet at night.

By the time I was twelve, though, these fears had been laid to rest. Most of my friends in the neighborhood were also rather curious about the haunting, and a friend of mine asked me if we could go up. The landlord always kept the keys to that flat with us, and I knew exactly where it was. So, smelling an adventure, I said yes.

On a weekend afternoon, we decided to put our little plan into action. Too many cooks spoil the broth, so it was only my friend and I. My mother was asleep after having lunch, so that made nicking the keys easier.

Tools of our trade in hand, my friend and I snuck up the stairs. He was ahead of me, climbing the stairs enthusiastically. There was nobody living up there at the moment, so there was no electricity. No lights to push the darkness of the staircase away. Our nerves were being canceled out by our excitement.

Suddenly, however, my friend stopped in his tracks. I stopped too and asked him why he had stopped. At my question, he started. He immediately whirled around, eyes wide.

"Didn't you just run past me up the stairs?" he asked, voice very quiet. "I stopped to let you pass…"

I said nothing. The look on his face did not make it seem like he was bluffing. The terror in his eyes was enough. We sprinted down the stairs faster than human feet have ever run downstairs, and shot out of the house and into the afternoon sun.

The adventure was never fully realized. To this day, that first-floor flat remains untenanted.

Make Your Main Character Easy To Empathize With

Horror stories don't all have to involve the main character moving into a haunted house. The secret to a good story is to make the main character be as sympathetic and likable as possible. A mother feeding her son, a sister playing with her brother, school friends - bonds of love and friendship are at the heart of every good scary story.

Of course, a true story beats out everything, but that's beside the point. Having the main character you can get behind and support sells a horror story. You do not want bad things happening to them. You want them to pull through and survive. The bigger the odds they face, the more you want them to come out on top.

Pit Them Against Things They Cannot Realistically Win Against

This is what makes Bram Stoker's Dracula such a towering success. Even today, the struggles of Jonathan Harker to escape from the dreaded castle, of Dr. John Seward and Abraham Van Helsing's putting together of the disparate events connected to the Count, and Mina Murray's bravery while facing down a fate worse than death can't help but strike a chord in anyone's heart.

However, you are not writing an action story. Or an adventure tale. You're writing horror. So, the hero should never be able to fight the foe directly. The terror they face must be unimaginably stronger and stranger than they can imagine. That is the essence of horror - even the most chiseled bodybuilder is helpless against a street filled with flickering streetlights and shadows slinking past.

Let Your Readers Put Their Own Fears Into The Text

This is what makes the works of H. P. Lovecraft so widely loved. He left the ultimate horror up to the interpretation of the reader. The greatest source of dread in his stories comes from beings we cannot understand, and the feeling of alienness is what allows him to twist our emotions as per his command.

And that is what it comes down to, at the end of the day. You might love the horror genre, but to really understand it and how it works, you need to seep yourself in it. You have to read and watch everything of quality that you can get your hands on. Only then will you understand enough about the craft to be able to make your own mark. And that, we hope, is where this narrative essay leads you.

Whether you got your first taste of horror by watching horror films or picking up a copy of Goosebumps, take solace in the fact that the horror bug never truly leaves you. You will always be connected to the spooks, whether you like it or not.

We hope you got what you wanted out of this free essay. If you want your own essays to stand out, you should look into Studybay's assignment writing service. Get professionally written essays complete with masterful proofreading - nothing will stop you from achieving the grade you want. Give us your ESL essay topics, and watch us give you the best edited essay you will ever see.