Definition of Heroism Essay: Learn to Write by Example 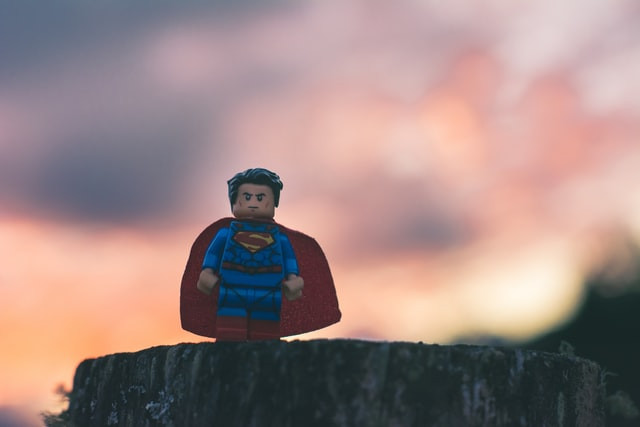 In order to better understand the course of students' thoughts, their ideals, and goals, high school teachers often ask to write a definition of heroism essay. To evaluate the concept of "hero", you need to analyze a particular character's qualities. Don't worry if you don't know how to do it. In the following paragraphs, you will find useful tips for preparing and writing an essay.

Recently, the word "heroism" has become increasingly used. In the traditional sense, heroism is the highest manifestation of devotion and courage in public duty performance. A hero is a person who, for his achievements or qualities, is seen as an ideal, an example to follow. Who really deserves this high title - a true hero? I believe that only those people who can sacrifice themselves for the good of others become heroes.

Heroism, in my opinion, is the highest manifestation of humanity. Only people with truly noble qualities, who have compassion and responsibility, are able to feel the plight of others and give their lives for the sake of others. But often, heroism is a reward for someone's imperfection, injustice.

We can recall many vivid examples of figurative coverage of this idea. One of the best among them is John Coffey, a tragic hero, the protagonist of Stephen King's novel The Green Mile. With the help of his gift, this man commits a heroic act - he tries to save two girls from death, although he himself may be suspected of murder. In the end, he is sentenced to death for a crime he did not commit, but on the side of this courageous and noble man - the truth and the reader's sympathy.

Acts of heroism are manifested in some unusual, special conditions in which the one who must instantly make his choice (and for this, he must be at least a decent person). It is a pity that such circumstances often arise as a result of the irresponsibility of those whose job it was to avoid such situations. Therefore, the inevitable tragedy of the victim, retribution for someone else's guilt is acutely felt in the heroic. Examples of this in history and in modern life as much as you want. Don't firefighters in Australia who risked their lives to save people and animals from a terrible fire deserve the title of heroes? And aren't the hundreds of doctors who are helping people who have been struck by the coronavirus pandemic at the cost of their own health a hero? Of course, they are real heroes - not from a book, not from a movie, but in real life.

Thus, only courageous and noble people are capable of heroism. It requires a willingness to make a choice in favor of those who need your efforts at an extremely important time. Of course, this is peculiar only to high moral people and is manifested in their actions not every day but in special tragic circumstances that require sacrifice.

How to Write a Definition of Heroism Essay

This type of paper requires you to personally interpret a separate concept. The concept of heroism makes it possible to write an interesting and extensive essay-definition. Next, we talk in more detail about what to keep in mind when writing a definition of heroism essay.

Choose A Worthy Example Of A Hero

We consider the heroes of those people or characters who, in our opinion, correspond to the "heroic" qualities of character traits. Some believe that heroes can be ordinary people who possess such qualities as selflessness, devotion, and courage. Others are convinced that true heroic qualities can be inherent only in Marvel superheroes. In your essay, you should set a good example of those you consider heroes.

An interesting example of an epic hero is Odysseus. Thanks to his intelligence and observation, he saves his crew, showing responsibility for its fate. He is characterized by courage, bravery, and determination.

Another example of a heroic epic is Beowulf. As in every epoch, this hero is brave and unrestrained, fights with fears unarmed and ready to die, obeying fate.

History has given us the names of many heroes. One of them was Martin Luther King Jr., a well-known black rights activist. King inspired people with his speech and his thoughts on the just and peaceful coexistence of people of different skin colors. Many people around the world still follow his ideas.

The worldview of Martin Luther King was greatly influenced by the ideas of another hero - Mahatma Gandhi. He professed the principles of nonviolence and commitment to the truth. He has the saying, "Truth is God."

If fictional characters inspire you with superpowers, then good examples of modern heroes can be even Batman or Superman, who constantly save the world.

Start by defining the concept. In the introduction, you should give the traditional definition of a hero. In this way, you will create a context and give the reader an initial understanding of the word. Then describe the term in your own words in the thesis statement. It is important to start with something exciting to get the reader's attention.

Tell about your hero in the body of the essay. What makes a hero famous? That's right - his heroic deeds. So in the main part of the essay, choose your example of a real hero and describe his actions that inspired you. If you want to illustrate your vision of defining a hero on the example of several characters - write about each of them in a separate paragraph. A few quotes can enrich your text.

Begin each paragraph with a thematic sentence. How to write these sentences? Ask yourself the following questions:

Conclude with a summary of the main points. Review the topic sentences of each paragraph. They can be a good way to draw conclusions. You can also complete the essay by referring to the thesis in the introduction. If your hero essay has affected your life, the conclusion is just a good place to mention it. Write about this experience briefly and succinctly.

Check out our other web pages for more essay help and essay editing. Alternatively, you may wish to use our proofreading services for polishing and perfecting your essay to give you that extra grade boost!