To His Coy Mistress: A Masterpiece of Meta and How to Appreciate It 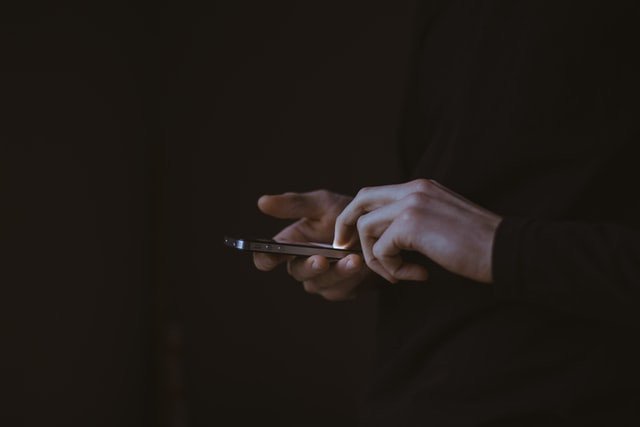 When Andrew Marvell, foremost of the metaphysical poets of his time, penned To His Coy Mistress, he probably did not expect people to be talking about it, or writing about it, today. Or maybe he did. One can never tell with poets and what objects they aspire to.

However, write about Marvell's poem we shall, and we will also show you how to write critical analyses. First, we have for you a sample essay to go through. After you have read it, we will go through the pros and cons of the essay and show you things you should be doing and also things to avoid.

So, without further ado, let's read the sample now!

Sample Essay: To His Coy Mistress

The poem is written in iambic tetrameter. However, in bucking trends, each line consists of four feet. Each of these feet is made up of two syllables, and the first syllable is always unstressed and pronounced lightly. On the other hand, the second syllable is stressed. In some instances, the poem is also trochaic - you will find this in the first foot of the first brand, where the first syllable is stressed and the second one light. However, this is natural to iambic constructions. What's more, these variations have been made on purpose!

If you look at line 4, you will find that there are three stressed syllables back to back stressed syllables in what long love's times in order truly and succinctly demonstrate the time period Marvell puts into words in his poem. These are, of course, written for the sake of variety and can be found in lines 3, 5, 6, and so on.

Among the other peculiarities of the poem is a spondaic foot in the twelfth line in Vaster in order to bring more importance to the word. In the eighteenth line, there is a pyrrhic: the foot following this is spondaic in the end to add emphasis to the period specified with the words. Then again, in line 22, there are three light syllables one after another, following the hurrying one, giving the image of speed. Also, take note of the word echoing in the twenty-seventh line. Since it has to deal with motion, this gives the sense that a light object can move fast.

The rhyming scheme of the poem is very clearly AA BB CC, staying in line with the rhyming couplets. At places, it does not stick so firmly to the scheme as seen with the words would and Overflow. This all plays into the musical effect desired by the poet, though, because though it has an air of reflection and manipulation in it, in the end, it serves the poem most of all.

The imagery detailed in the poem is inherently superficial but is played up for comedic effect. For example, this is best seen when the distance between the Ganges river and the Humber river is referenced as an attempt at humor. This tone is largely absent from the second stanza, which deals with the loss of life and time. This is a huge departure from the first stanza, where the themes of fatality are nowhere to be seen. The third stanza again returns to the poem's humorous origins.

This poem is heavily steeped in Greek mythology, Biblical tales of Christianity, and the notion of courtly love. Instead of being firm and robust, it is almost playful in its tone and how it goes about achieving what it wants. In fact, it does this so well that those who read it will be forced to cat off the notion that this is a love poem. Using the notions of courtly love, the speaker transforms his beloved into a form of unattainable beauty - no different than an angel, a princess, or a goddess. This way, he calls her a cruel girl who withholds her love, her 'long preserved virginity', from him. Thus, he sits forlornly by the banks of the Humber and complains about his unfair treatment.

He promises her rewards and adorations, drawing a parallel to Noah's deeds during the Overflow around 4000 BC, and will continue to do so until the Jews turned to Christianity. This is, of course, a spectacularly large amount of time, and the comment bears the markings of trademarked humor on it. His aim is to make his lady laugh and open up to the fantasy of courtly love. Time plays a constant part in this poem, with one of the main metaphors being time's winged chariot, which signifies its passage.

Over the course of the poem, we find that the speaker is coaxing his beloved to stop being coy and give him her love. To truly understand the poem, there are few key phrases that stand out, all having to deal with time and its passage which need to be especially analyzed. These are: time, long love's day, the Overflow, the slow growth of great empires, a hundred years, two hundred years, thirty thousand years, an time, the last age, lower rate, time's winged chariot, deserts of vast eternity, now, at once, our time, the flat iron gates of life, and the motion of the sun all of which suggest the passing of time, brevity of children and time, and the urgency of experiencing all the delights of young love. Understanding these will take you to the root of the poem and help you understand.

Critical Analysis of the Essay

There are a lot of things this essay does right, as well as a few things it misses out on. Let's start off with the pros first before we move on to the cons.

Everything from the rhyming scheme, couplets and iambic tetrameter is very well described. The writer has provided examples from the poem itself to illustrate their point. They reference specific lines and words to make it very easy to follow along with. This is extremely important as it shows everything that anyone reading the poem needs to know very blatantly.

Deal With the Hyperbole of Metaphysical Poetry

What does vegetable love mean? You and I may not know, but Andrew Marvell used the phrase to show how love needs to be tended like a vegetable in order to survive. His beloved, with her sheer coyness, is depriving him of said love.

Like this, the writer of the essay takes great care to describe and translate all the use of metaphors to actually understandable language. This is also very important. You need to provide context for what gathering rubies by the Indian Ganges means or what even the conversion of the Jews refers to historically.

Now, despite having done a tremendous job with those very important things, the essay misses out on a lot, too. Some of it is quite basic. Let's see what these are so you can learn from their mistakes.

No Proper Introduction or Conclusion

The essay opens up right with the description of how the poem was constructed. There was no introduction to the poet, his works, the specific poem, its significance, and what exactly the essay would be discussing. The first section of any critical appreciation essay needs to describe these things before moving on to the construction and specifics of the themes in the second section.

The essay also leaves off in the middle of things. Yes, we are all human beings, and nobody has the capacity of Shakespeare when it comes to writing, but a conclusion is a must for every essay. It brings all your arguments together and ties everything up neatly.

Mention the Impact of the Poem on Literature

England was not the same after this poem was published. Write about why. Who did it inspire? How did this inspiration manifest itself? Of the things mentioned in this poem, what had the most far-reaching consequences? These are all questions the readers will need answers to if they are to truly grasp the importance of this piece.

To His Coy Mistress might seem like a shallow poem, that of a man trying to convince his lover to consummate their love in a private place, away from the birds of prey of society. However, it is about so much more than just that. It is a poem about enjoying one's youthful hue, of living in the moment rest the world is stripped away like morning dew.

It is the very embodiment of Carpe Diem, and that is what makes this poem timeless and interesting.