What You Need to Know About Coca-Cola's Social Responsibility 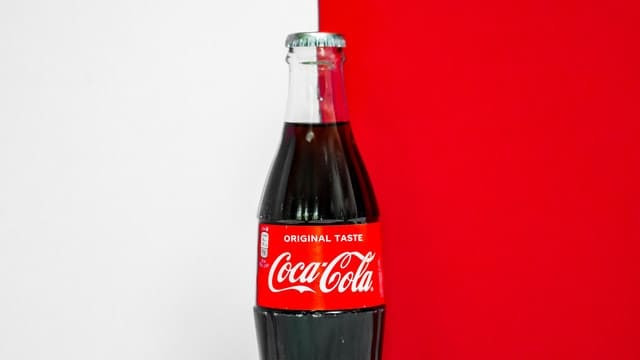 One of the biggest multinational companies in the world is Coca-Cola. However, companies like them are also the biggest contributors to the world's carbon footprint and plastic waste. In their 2019 sustainability report, the carbon footprint of its business operations was reduced by 24% since 2010. This is Coca-Cola's way of answering to their corporate social responsibility to give back to society.

The Coca-Cola Company is a well-known beverage company, and their most popular drink is Coke, a carbonated soft drink. The company already faced a lot of disapproval concerning the harmful health effects of this drink that contains high amounts of sugar that can lead to obesity, among other health issues. As a beverage company, it also must be water neutral or reduce the effects of its water footprints.

Social responsibility refers to the commitment of individuals or companies to act in a manner that benefits the local communities where the business operates. Its concept is becoming recognized and increasingly crucial for society as the impact of environmental issues has become grave over the years.

Combining the environmental and social concerns with the planning and operation of a company is what CSR is all about. Different marketing research and case studies have stated that both consumers and investors are more likely to patronize products from a company that promotes social causes they believe in. CSR programs are created by different companies to both increase their revenues and encourage sustainable development.

Also called environmental policies, these strategies are the ones companies consider to minimize any environmental damage to their operations. Here are some examples:

Another worldwide concern is energy usage. To help conserve energy, companies can put up signage to remind employees to turn off unneeded lights. Reducing energy use will help the company save money and reduce pollution caused by non-renewable energy sources.

In short terms, water stewardship is using water responsibly in a way that's most beneficial to both humans and the environment. Ranked as fifth in global risk, the water crisis is a looming catastrophe waiting to happen. This is why those who use it the most must find ways to promote water use and sustainability.

Installing an efficient flushing system or fixing any dripping taps and pipes can help a company reduce water usage. Reducing water use will also conserve the energy required to process it.

Large companies create a lot of waste, and recycling is the key to help the environment. Promoting recycling will save resources and send less waste to landfills to help reduce air and water pollution.

Encouraging environmental issues awareness is important to the success of green policies. Seriously instilling these policies provides opportunities for companies to prove how environmentally mindful they are.

Example of Social Responsibility in Companies

It's becoming a well-known company culture to give employees a day off annually to participate in volunteering projects about the environment, such as global warming or climate change. They also donate portions of their revenue to different charitable organizations.

A tree-planting event is one of the famous environmentally friendly events that a company can hold. On the other hand, they can implement changes in their systems' programming language to efficiently go through new and old procedures. This topic is common for programming writing assignments. Other ways are to minimize paper waste, change to energy-saving bulbs, organize trash into recycling bins, and many other projects and events to improve the environment.

To exercise fundamental human rights by boosting the energy and morale of the employees, companies usually venture on giving paid leaves, unlimited vacation time to improve their working conditions and well-being.

Why Does a Company Need CSR?

CSR Programs will attract and retain consumers and investors who play an important role in the company's long-term success. It helps to grow positive brand recognition, boost consumer loyalty, and attract high-quality employees.

💡 What Is the Coca-Cola Company's Social Responsibility?

Effectively including their CSR in their accounting (which Studybay also helps you to write about), here are what the company did over the years:

Other companies have been benchmarking Coca-Cola to follow in their footsteps.

Based on the 2019 CSR report of Coca-Cola, they hope to make all of their packing materials recyclable by 2025. As of 2019, around 88% of their packaging is already recyclable. They have also promised the reduction of raw materials to reduce their products' ecological footprint.

Drinking water resources are getting more and more limited. One of Coca-Cola's issues right now is their enormous freshwater usage since they're in the beverage industry. They've been looking for ways to fix the issue and have replenished about 160% of the waters they've used.

Carbon footprint is the quantity of carbon dioxide released into the atmosphere by the companies' operations. In 2013, Coca-Cola started to cut down its greenhouse gas emissions. This company's initiative significantly impacts the environment, wildlife, economic losses, and human health. If you need help dealing with the scientific element of your assignment, we're also at your service.

One of the biggest criticisms Coca-Cola has faced is its plastic bottle packaging. They solved this problem by using refillable bottles and water dispensers.

How Does Coca-Cola's Social Responsibility Work?

Although Coca-Cola is a large company, they also focus on making a positive difference in the local communities they operate by working with local partners and supporting their employees' active involvement. They have been using local partnerships and provide work-related learning and mentorships with their education centers.

The company is also promoting a culture of well-being with empowerment and encouraging the people to live positively. They are aiming for world-class health and safety standards and a zero accident workplace.

Coca-Cola also emphasized that all of their employees must make time to volunteer in their community because it's the right thing to do. They have also planned to contribute a percentage of their profit to charities and community causes. This CSR program of Coca-Cola will help the employees enhance their skills and gain more experiences while building a better future for the next generations.

How Does Coca-Cola's Social Responsibility Help Its Company?

Coca-Cola's CSR program helps the company in many ways. Letting the investors, consumers, and employees know about the contributions they are making for the world to be a good place is one method that they use to draw attention and make them stay loyal.

Nowadays, the CSR program is relevant due to the dominance of social media networks. Companies like Coca-Cola make advertisements to promote the advocacies of the company and to lure more consumers in.

One of the strategic social investments that the company has come up with is the five different stages of the value chain. They identify the critical success for sustainability and increase the product's sales for the duration of the program.

The company has initiated the Project Nurture in Kenya and Uganda. This initiative aimed to bring 50,000 mangoes and passionfruit farmers into the value chain. It consists of the gain cost and secure supply of regional juice business with growth target. The company expects to invest more for the next three to five years since the Minute Maid Mango is very profitable.

With the Kwanza Micro Center Model in Tanzania, Coca-Cola built 170 independent small-scale distributors that helped the company distribute its products in the congested urban areas to small-scale outlets.

With its bottling partner Coca-Cola FEMSA Philippines, Coca-Cola Philippines has initiated the STAR program, which empowers 1,000 women who are into a small-scale retailer to grow their business. The company observed this program, and the sales have increased through the development of a long-term relationship.

The 500 recycling cooperatives in Brazil have helped Coca-Cola to recycle. Through this, the company profited and helped it reduce the cost and increase recycled bottles' security supply.

Coca-Cola has also helped to build the self-esteem of 100 coops of artisans through their designs. This helped the company to generate the supply of unique Coca-Cola-themed products for promotional uses.

🎤 Is Coca-Cola's CSR Fitting to Their Company?

The current objective of the company is to save time, money, and human resources. To achieve these goals, the company has designed an efficient business system:

What Should Coca-Cola Do to Improve Its CSR?

Coca-Cola is a globally known company, and it's clear that it has to execute management routines simultaneously all over the world. Therefore, the utilization of employees and environmental damages are unimaginable.

Implementing CSR programs for environmental safety and other charitable programs that help society is one step to mitigating these damages. Nonetheless, there is always room for more improvements in employee relations and environmental issues. This is why Coca-Cola should continuously find initiatives to help in the betterment of society.

Coca-Cola's CSR Program has helped them increase their revenue and brand image, keeping their stakeholders satisfied with the company's production.

Companies like Coca-Cola that give importance to not only profits but also how to improve society and the environment takes the attention of consumers, investors, employees, NGOs, and the government, putting these issues on center stage.