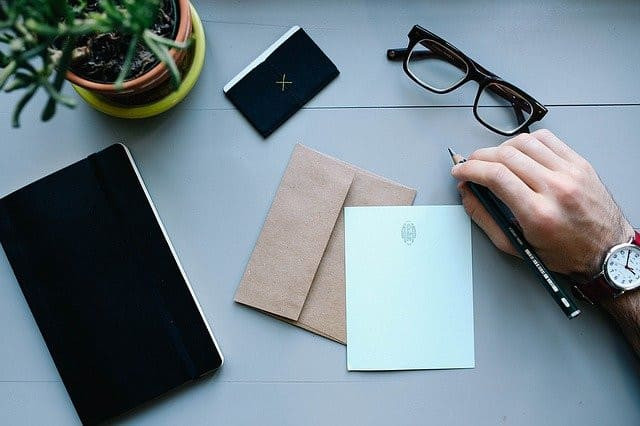 The Constitution of India is a unique and transformative constitution. It is globally the largest written constitution holding liberal and democratic values. Also, India is one of the most diverse countries in the world. Due to these aspects, we chose the Indian Constitution as an assignment topic.

Fundamental rights are critical for the overall development of people as well as the country. Dr. Ambedkar stated that the legislature's role is not just to guarantee the basic rights of the people of India but, more crucially, to protect them.

The Indian Constitution's right to life and personal liberty includes special provisions outlining how these rights are implemented and enforced. The Indian Supreme Court and the state high courts have the jurisdiction to declare legislative or executive action unlawful and invalid if these rights are violated.

The Directive Principles of state policy are divided into three categories: goals that the state should seek to achieve, directives for the use of legislative and executive authority, and citizen rights that the state must seek to protect.

Article 46 of the Constitution further requires the state to promote the interests of the scheduled castes and scheduled tribes, fight for their economic improvement, and protect them from discrimination and exploitation.

The 86th Amendment, which imposed a responsibility on every parent or guardian to ensure that their child or ward has chances for education between the ages of six and fourteen years, raised the fundamental obligations from 10 to eleven in 2002.

Other fundamental duties include respecting India's national symbols, such as the Constitution, cherishing its legacy, preserving its composite culture, and assisting in its defense. They also require all Indians to foster the spirit of common brotherhood, maintain the environment and public property, cultivate a scientific temperament, refrain from violence, and strive for excellence in all areas of life.

Habeas Corpus, Mandamus, Certiorari, Quo Warranto, and Prohibition are the five kinds of Writs. They are all effective methods of upholding people's rights and compelling authorities to do the tasks that they are obligated to fulfill under the law.

The true measure of a country's greatness is determined by the practical deployment of its citizens' rights in the public interest. Every country grants its citizens certain (albeit limited) rights. Healthy state governments give human beings absolute rights and freedoms, and India is one such country globally.

India's Constitution guarantees its citizens six fundamental rights, from which all other rights are defined. The Indian judiciary, the executive, and the legislature are in charge of enforcing the fundamental rights guaranteed to Indian citizens.

The right to equality is the first fundamental right enshrined in the Constitution of India. For a country as diverse as India, this fundamental right is especially important. India has a diverse population that reflects this diversity in all aspects of life. Religion, language, ethnicity, the food we eat, the clothes we wear, and the movies we watch all reflect diversity. And the right to equality deserves a lot of credit. This right ensures that everyone is treated equally in the eyes of the law, regardless of caste, creed, gender, sex, religion, or ethnicity.

While there are class divisions in India, the right against exploitation is valid in preventing caste-based discrimination, which leads to human rights violations. Untouchability, as well as discrimination based on caste and religion, are two aspects that exist in India. This right protects our society's most vulnerable members from being exploited by its most powerful members. Human trafficking, prostitution, child labor, and enslavement are just a few of the issues that the right against exploitation safeguards against.

Hinduism, Islam, Christianity, Sikhism, Buddhism, Jainism, Judaism, Zoroastrianism, and the Baha'i Faith are the nine religions practiced by millions of people in India. One point to keep in mind is that this is the fundamental right that distinguishes our country as upholding secularism and democracy. There is a widespread misconception that India is a Hindu country, which is incorrect and dangerous to our country's secular fabric and constitutional democratic values. Regardless of the number of adherents, every religion has equal space to practice their religious affairs according to the Constitution.

The cultural and educational right ensures that all citizens of the country, irrespective of their place of birth within the country, have a right to education. This also protects the country's cultural, religious, and linguistic minorities from discrimination. This right provides equal protection to all Indian citizens, including the backward classes, and their equality of opportunity to educational institutions without religious instructions within them.

According to the right to constitutional remedies, If any of the aforementioned fundamental rights are violated, citizens have the power to hold the administration and those responsible accountable. In this case, the judiciary is vital.

The above sample is a great example of a fundamental rights essay. However, some major points are lacking, which deviate its path from becoming an A+ essay. Following are the points that should have been covered:

If you notice, there are only paragraphs in the above essay. Your teacher or examiner might get confused as to where the sub-topic starts and where it ends. In this case, a sub-topic would be a fundamental right. The essay should have been as follows:

The right to equality is the first fundamental right enshrined in India's Constitution. For a country as diverse as India, ...

Citizens of India have the right to freedom, according to the Indian Constitution.

Similarly, the remaining rights should have been listed down in list order.

In the above sample, the paragraphs have been written one after another. For instance, before the list, a sub-heading as 'List of Fundamental Rights' should have been included.

The sample essay ends on the last fundamental right, namely, 'Right to Constitutional Remedies'. A conclusion at the end of the essay holds a critical position in the framework of an A+ essay. A short conclusion such as the following should have been included in the above essay:

Every citizen of the country should be able to exercise each of these rights without fear of retaliation. And it is the administration's responsibility to ensure that these rights are not infringed upon in practice. However, responsible citizens must keep in mind that none of these rights are absolute. If anyone is found guilty of a crime, hatred, or a threat to national security while exercising these rights, the administration has the authority to revoke that person's right. Few fundamental rights will be nullified for prisoners, enemies of the state, fraudsters, or people seriously accused in a court of law, for example.

There is no mention of the article numbers in which the fundamental rights have been defined in the Indian Constitution.

The following should have been stated clearly:

Similarly, the articles for the remaining fundamental rights should have been described. If you need assistance regarding the laws, rights, economics, and different markets, you can opt to reach out to a website that writes essays for you.

Before you start working on your paper, remember that:

For completing your law or economics homework or any other topic, for that matter, you may receive expert homework help from Studybay.