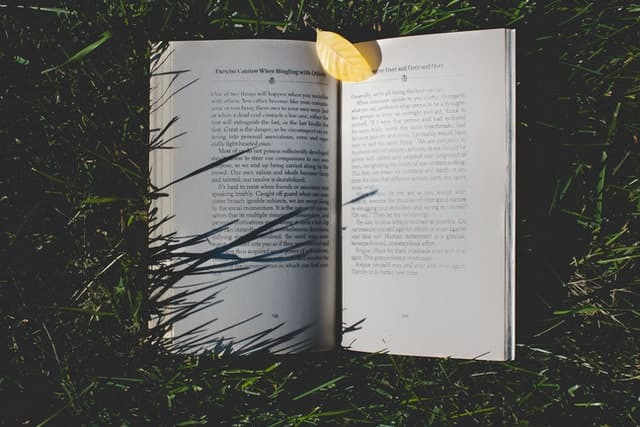 The Lost Phoebe by Theodore Dreiser is a classic for a reason. The short story follows a husband and father's descent into madness with the reader right in the heart of the action. The reader gets to experience what the main character goes through because of Dreiser's writing techniques. The story is peppered with rich descriptions of decaying trees ornamented with "green and white lichens" and a wooden loom that stood like a "dusty, bony skeleton." It's the kind of book that is better during a second or third read where you can pick up the little hints Theodore sets up.

Let's say you haven't read the book before, are asked to type an analysis, and don't know where to begin – our short but in-depth analysis below may help. If you're interested in more assistance through the writing process, check out our study guides and homework service. If your assignment is due earlier than you thought, maybe our essay writing service sounds like a good option.

The Lost Phoebe follows Henry Reifsneider, who was born, raised, and lived his entire life on a rural farm in the American Midwest. Although he and his ancestors lived on the land for generations, we see his children moving away through the story. Their move is one of the first tells of Henry's life beginning its descent into abandonment and loneliness. The reader is shown the decaying state of the farm and the protagonist's psyche as the book progresses.

While the story starts in this depressing background, the characters we are introduced to exhibit love, hope, and contentment with the opening words: "They lived together." We are thrown into their present lives and slowly learn about our character's past. We read about Henry and Phoebe's forty-eight-year marriage, all of which were spent on the farm. The loving couple shared this space with Henry's parents for the first ten years of their marriage before his parents pass away.

What makes the situation unique is that Henry had not lost anyone in his life until this point. He had never experienced someone he cared about dying or moving away. When his parents pass away, he had to come to terms with the thought that the people he loved and cared for would leave him forever. The author does not explore the loss of other characters before Henry's parents, highlighting that Henry did not give those instances a second thought although they undoubtedly occurred.

The married couple had seven children, three of whom died soon after they were introduced. When the remaining children grew up, they all moved away from the farm like other young people around them, leaving Phoebe and Henry alone together for the first time.

The book also explores Henry's relationship with his wife Phoebe, which ripens as the two mature through life. Theirs is a simple love story, marked with raising a family and maintaining a farm, bringing them much happiness. Their trivial arguments, usually about Henry's lost belongings, highlight how close the two are that they do not have significant issues with the other. Their disagreements also foreshadow Henry's diminishing memory.

That time comes when, at the age of sixty-four, Phoebe contracts a curable illness but does not survive her battle with it. Henry is now alone. For the first time in his long life, there's no one else to share his daily life with.

Henry's initial sadness quickly turns into loneliness. What he once enjoyed doing with Phoebe (house and farm chores, their banter, their conversations) did not elicit the same comfort without her. He soon saw her in everything he did – shadows the moonlight created, a dense mist over the garden, and eventually full hallucinations.

Grief began to feed into this lonely old man's disillusions. Without family to converse with daily, Henry starts to forget that Phoebe has died. Instead, he thinks she finally left him after he accused her of misplacing his pipe one too many times. Or perhaps she's lost her way home – giving the book its title.

During the first few months since her passing, Henry spends his mornings searching for his dead wife. He starts by asking his neighbor farmer Dodge if he's seen her, and after seeing that she's not there, he heads to Mrs. Race. Matilda Race was Phoebe's best friend, and yet, his wife was not at hers either. His neighbors and relatives try to assist him but ultimately give up as they realize that he refuses to believe that his wife has died. Much like everyone else in his life, they begin to abandon Henry, letting him deal with his wife's death by himself.

Henry continues his system for the next seven years, becoming known as the old local fanatic that residents pay little attention to. During this time, his farm and home begin to decay from neglect. His fields start to dry up, and fewer animals survive into the next season. Once his pride and comfort, the house and farm begin degrading, much like his mental state.

Old Henry would sometimes see Phoebe moving in the shadows of his sight and always follows her, believing he can catch up to her again. One of those times, while resting near Red Cliff, he sees the Phoebe that Henry first met at twenty-one. She was there for a moment before the wind carried her away. That didn't stop Henry, who pursued her to the cliff's edge, inviting him closer to her. He gladly leaped towards her, joining his wife forever.

His mangled body was found by farmer boys the following day. Henry wore a peaceful smile that told the world he was finally with Phoebe. His expression gives the reader some peace of mind as well. The entire book takes the reader on an adventure about his decaying mental state before finally laying his body and mind to rest by the end of the story.

Improvements to Create an A+ Essay

While the example above has strong points and would receive a good grade, there are a few easy updates before it achieves excellence:

Here's what works in the example:

Here are some areas of improvements:

What if you are still unsure how to write an analysis for the Lost Phoebe after reading the book and our summary? Or perhaps you don't have the time to write a lengthy paper. We can create a custom paper for you to ensure you get the best grade.