The End Justifies the Means: Explaining the Famous Idiom For Your Essay 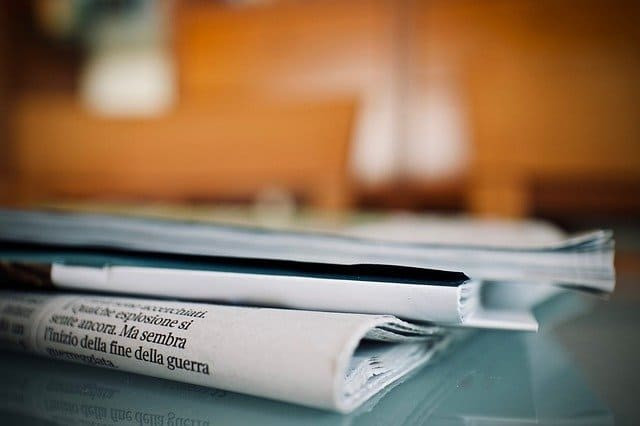 Where did the idiom “the end justifies the means” originate, and why is it famous?

“Everyone sees what you appear to be; few really know what you are.”

This quote from Niccolò Machiavelli’s The Prince is possibly the closest origin of the idiom “the end justifies the means.” A 16th-century statesman, Machiavelli produced many works on philosophy, drama, and history. Among his many works is the famous The Prince, a book made for current and future monarchs where he talked about getting and keeping power.

As the years go by, The Prince earned a negative connotation, and Shakespeare even used the term “Machiavel” to talk about an immoral opportunist. This gave birth to the word “Machiavellian,” which means manipulative villainy, listed in the thesaurus along with the words of devious and cunning.

Translated in Latin as exitus acta probat and noted in George Washington’s American heritage and the Greek myth “Ovid’s Heroides II” with the story of Phyllis and Demophon, the idiom only gained more popularity and is still regularly used today.

The Varying Points of View on the Topic

As this expression is extremely well-known, it has sparked a lot of discussions, with various opinions emerging:

The Prince’s widespread negative feedback seemed fitting as Machiavelli urged monarchs to do whatever it takes to have political stability and peace within their territory. However, some defended his work, saying he was just realistic.

It encourages collective thinking “for the greater good”

There are several theories that approve of this statement, including:

Leon Trotsky, a Marxist revolutionary, concluded that “Means can only be justified by the end. But the end, in turn, needs to be justified.” Marxists believe that if the results made people have more control over nature or destroyed one person’s power over others, then the end result is for the greater good.

Theorists who believe in utilitarianism encourage actions that give happiness or pleasure and are against those opposite. Although this theory strives for the betterment of society, human nature’s greed to only care for their own utility makes it hard to implement it at economic levels.

Consequentialism is a theory regarding ethics that accepts an action as right or wrong depending on its consequences. For example, a consequentialist will argue that lying is the right thing to do if lying will save a person’s life. A common consequentialist belief is that using “white lies” is agreeable.

It’s vicious and may affect the economy drastically

Doing whatever it takes to get to an end goal can be extreme because there are no absolute boundaries.

For example, the financial recession of 2008 and 2009 started with a group of investment bankers who had the goal of becoming millionaires. To reach their target, they traded subprime mortgages even if they knew that the homeowners would not be able to pay those. It proves that ends and means can be manipulated.

It provides an avenue for people to justify misdeeds

Another example is those who sell shirts with designs that they do not own.

Creative Commons Attribution-Sharealike License is used when you are the one who produced the creative (portraits, etc.) or scholarly (essay, etc.) creation. Copyright gives you control of what you want to do with your creation. People should ask for your permission before using your work, but asking for permission can be a hassle.

Although the designs used by some sellers might be under the Creative Commons Attribution-Sharealike License, there are still many who deliberately steal creations without even crediting the creator, not realizing that disclaimers are not enough to account for their wrongness.

Which opinion is closest to yours? Or, perhaps, you have a completely different point of view? Let’s take a look at how you could put your thoughts into an essay.

Here is an example of an excellent essay, answering the question “Does the end justify the means?” that you can use as an inspiration for your own written work:

Does the end justify the means? There have been many debates about the definite answer to this popular idiom. Even today, there are still those in support and against doing whatever it takes to reach a goal.

A person’s perspective on this matter depends upon many things, such as their life situation, their culture, and their beliefs. Different people define what “right outcomes” are, depending on their morals and what synonyms they associate with the word.

Some may argue that each person defines good and evil differently. However, such relativity can lead to a chaotic state in society and a lack of morality among its members. Throughout the years, humankind has developed a set of fundamental moral norms and rules that regulate the relationships between people.

For instance, going to war for the sake of defending your home from enemies is diametrically opposed to expanding the borders of your state at the expense of others. Thus, before one decides on a goal and plans the ways of achieving it, the moral principles must be taken into consideration and followed.

In conclusion, I would like to mention that, in my opinion, there is not and cannot be a definite answer to the question of whether the statement “The end justifies the means” is correct. I believe it is true only if the actions taken to achieve the goals do not violate the personal freedom of others.

Practical Tips on Perfecting Your Essay

What should you look out for when explaining “The End Justifies the Means?”

There will never be a definite answer to this idiom as long as society doesn’t have a clear line separating rights and wrongs. The end may or may not justify the means, but it will depend on the moral compass of those who take action to reach the goal at the end of the day.

Check out our other web pages for more essay help and essay editing. Alternatively, you may wish to use our proofreading services for polishing and perfecting your essay to give you that extra grade boost!