Advantages and Disadvantages of Colonialism: What You Should Know? 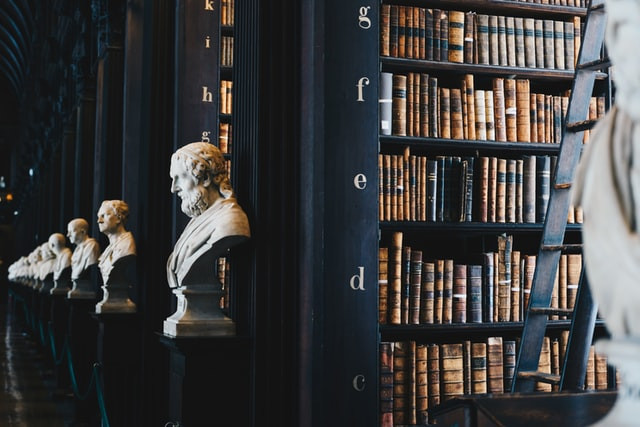 Learning history at college, you will deal with many controversial topics. Though you can ask for history homework help, it is always interesting to delve deeper and explore different points of view.

The definition of colonialism describes it as "control over dependent people". It occurs when one power, e.g., nation starts to subjugate another. It forces its language, traditions, culture, values upon the people of the conquered nation. By the beginning of the 20th century, a large majority of world countries were colonized by Europeans.

Among former colonies at some point are America, Brazil, New Zealand, Uganda, South Africa, West Africa. The term "colonialism" is also often used interchangeably with "imperialism", though they have a bit different meaning. Imperialism is the political ideology that drives the physical act of dominating. Simply put, colonialism is a tool of imperialism.

Working on your history essay, you have to study different sources and provide a full analysis of the effects of colonialism. This task requires a lot of time, and therefore many students ask for essay help. Besides, different countries had different experiences. While colonizers exploited human and natural resources to their advantage, conquered countries had to survive. But it doesn't mean they didn't benefit at all. So, what are the main pros and contras?

Before the coming of masters to poor countries like Africa, India, Uganda, etc., the locals experienced lots of deaths, especially among infants and children. At the same time, they didn't know their causes and were not able to find a remedy. This was explained by their illiteracy. However, colonialism provided them with access to modern healthcare, medications, vaccines, and knowledge that saved numerous lives.

Colonialists focused their resources on modernization. They built roads and rails and provided electricity. People in African countries received access to the faster mode of transport and mostly forgot about clothes from leaves. Industrialization has also affected society's overall safety since it made people of different ethnicities interact and find a common language.

White missionaries from European nations taught people of captured regions to speak and write in English. Most people became pretty learned and began to understand some new concepts, principles of technological advancement, etc. It is also essential to consider the effect of Christianity which is quite controversial but had some moral merits as well.

Though there are really some advantages that are necessary to consider, most citizens of countries that were colonized believe that this period of history can be compared to nothing but hell. Whether you work on an essay yourself or ask for homework help, you need to take into account both sides.

Before the invasion, the former colonies lived in peace. However, it was absolutely distorted because of colonial powers when their nations were just overrun in stronger countries' names. For example, in the 17-18th centuries, there were at least 4 colonial wars that involved colonial possessions of Britain, Spain, France, etc. The Indian War is also a very huge conflict that led to multiple losses. There were much more conflicts with negative effects for colonized countries.

Also, through the arrival of the colonial governments to the USA, African countries, India, Australia, etc. the natives somehow forgot about their identity and cultural traditions. They had to adapt to a new culture and new customs. That's why there are so many supportive programs for natives these days. For example, indigenous communities in the US can receive financial support if they develop their culture and study to help the native society. Modern people are more accurate when it comes to cultural heritage, but we wouldn't spend so much time and effort for this purpose if imperialism didn't exist.

On the one hand, colonists helped to develop economics even in godforsaken nowhere. But on the other hand, countries that were colonized couldn't get any access to their resources, and they were dependent on new masters for basic needs. Besides, colonial governments just took away lots of raw materials and shifted them to their countries. It made the economics pretty vulnerable and definitely had nothing to do with prosperity.

We have mentioned that the medicine was actively developing, but it is also worth telling about new illnesses that were caused by the harsh labor. People in colonized countries toiled for hours and days and therefore faced malarial fever, yellow fever, and other weakening of immunity. There were also cases when colonialists just abandoned the sick people without appropriate treatment.

If there were so many negative aspects of colonialism and imperialism, why do people speak about positive effects at all? It is a good question you should think about. Is it really good or bad that people in India have assimilated to the British culture, and people in African countries have English as their first language? If we compare them to wild tribes, we may think that industrialized life should be undoubtedly appreciated. But how many losses are on the other side of the scale?

Books About Colonialism Where You can Find More Information

We have mentioned that you should always adhere to different sources in order to develop your own opinion. That's why it is important to read not only textbooks but also documentary and fiction books on this topic. There is a list of pieces where you can find more insights about the advantages and disadvantages of colonialism in different countries: