Sons and Lovers Essay: How to Write About Psychology 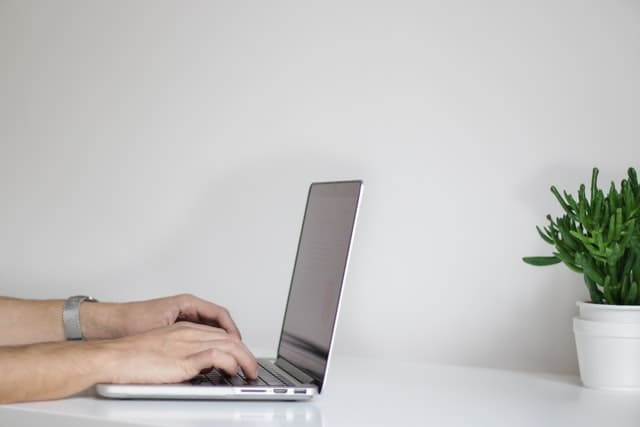 Literary analysis is as old as time. Writing an essay from a psychoanalytic point of view, however, came in vogue after Sigmund Freud published his work on Oedipus Rex - something that changed the world forever.

For the purposes of this article, we will be taking a look at a novel that has a whole host of psychological baggage attached to it. This is none other than D. H. Lawrence's Sons and Lovers, a story that is based around the main character, Paul Morel, and Paul's relationships with the women in his life - Paul's mother Gertrude Morel, and his lovers Miriam Leivers and Clara Dawes.

Taking the example of David Herbert Lawrence's twentieth-century novel Sons and Lovers, we show you how to write a psychological essay about premier works in English literature. Now, this is a complicated novel with a lot to unpack. Writing a psychological essay of an archetypal oedipal story will be even more difficult. This is why we will first look at a sample essay about the topic and discuss its pros and cons.

The 20th century ushered in the era of emotionally charged novels, marking the beginning of a brave new era. These novels deal, first and foremost, with the psychology of the characters. This, coupled with the challenges faced by them due to the conflicts of drama, form the backbone of this new genre of books. Made famous by such reputable authors as Virginia Woolf and James Joyce, the art of the psychological novel is tied, as is self-evident, with psychoanalysis.

And forming the psychological backbone of Sons and Lovers is the archetypal phenomena called the Oedipus Complex. We see this portrayed very clearly through Mrs. Morel. She is a woman of status who marries a coal miner out of passion, but the relationship does not pan out. She is abused and uncared for by her husband and ends up pouring all her love into her eldest son, William. When he grows up and moves to London for a job, Mrs. Morel is against it, and he dies as a consequence, she is inconsolable. It is after she almost loses her third child, Paul, that she snaps back in and gives Paul all the love and attention she can.

Because she held such a huge place in Paul's life, he was never able to extricate himself from the force of her personality. In fact, it nurtured in him such a mother-fixation that he had a very unhealthy psychological life. Being the dominant force in his life, Paul could not go against his mother's influence and be independent, which ends up costing him a chance at romance with both Miriam and Clara.

Paul's struggles have been beautifully captured by Lawrence in this novel. As if following the advice espoused by Robert Frost in his The Road Not Taken, Lawrence deviates from his contemporaries and weaves a tale that is fresh and brimming with innovation - for its time. His creativity is what has birthed this new genre that came to be known as a psychological novel.

Now that we have read that, let us see what we can take away from it. Well, if you have read the whole thing, then you might have guessed that this is not the best essay out there. It does a few things right, though, so let's get that out of the way first.

D.H. Lawrence's novel is not a pioneering work. The art of the psychological novel has a history, and the essay opens up with this background information, giving the readers all the background they need to know what is going on and why the book is written the way it is. Context is king when it comes to things of this nature, and at least there, the essay does a good job.

Overview for All Human Relationships

There are a lot of characters in this story. Starting from Walter Morel and all the way to Baxter Dawes, all of them have a role to play. The essay establishes them and summarizes the role they are about to play quite early on, making it easy for the reader to navigate the Freudian psycho analytics at play here.

That is where the pros end. Let's take a look at all the things the essay gets wrong:

There is no introduction or conclusion to the essay. Yes, context is important, but you also need to establish the novel you will be looking into. You need to first establish the author, then introduce the premise of the story: "It is a bildungsroman set in a mining town in Nottinghamshire, and deals with the relationship between a young man and the many women in his life."

That's it. That is all you need to get the ball rolling. Then you go over the major events of the story: Paul's father, how his mother married into the middle-class out of passion, all the way to the end of the novel where Paul is alone. Then you delve into the psychology of it all.

Cover All the Characters

Any Sons and Lovers essay needs to summarize all the personalities and characteristics of the very many characters. Annie Morel, for example, is Paul's little sister who comes into her own as a young woman. Her contributions cannot be understated. The same goes for all the other characters in the novel set during this time of modernism.

Give Insight About the Author

At its heart, Sons and Lovers is an autobiographical novel. David Herbert Lawrence drew upon many things from his own life in Nottingham. His childhood friend and first love, Jessie Chambers, was the model for Miriam. His parents were Paul's parents, and Clara represented his affair with Alice Dax, a married woman. Paul, he derived, from himself.

After taking all this into account, you need to write a bit about his writing style. If possible, use examples from his other novels or short stories. This will give your essay weight and make it quite well-researched.

Sons and Lovers is an important novel for a variety of reasons. Psychologically speaking, it takes us inside the head of a tortured and complicated young man at the turn of the century. There is a wealth of information that can be gleaned from this novel, even outside the obvious oedipal connection.

Mrs. Morel and the sense of loss plunging her into forming codependent bonds with her sons, Miriam and her innocent and spiritual ways of dealing with rejection, Clara with her outwardly feminist ideals and unwillingness to act on them, and Paul, being the mess that he is, are all wonderful subjects for anyone with a psychological inclination to diagnose and formulate with impunity.

As long as you keep all of this in mind and write the best essay you can, Sons and Lovers will hold no secrets from you. It is D. H. Lawrence's masterwork, and you can take a lot away from it. Hopefully, this article sets you on the right path to psychological essay writing. Good luck!