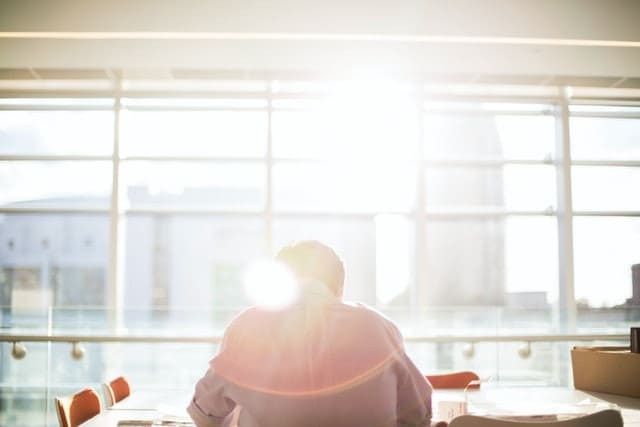 In the history of world literature, there are names and titles that everyone knows. Such is the gothic novel "Frankenstein, or Modern Prometheus" (1818) by the English writer Mary Wollstonecraft Shelley.

Victor Frankenstein is the main character of the novel. He is obsessed with scientific achievement and fame, which prompts him to discover the secret of the manifestation of life. He devotes all his time to his studies, sacrificing his health and relationships in the name of his ambitions. Next we will talk in more detail about Victor Frankenstein through important quotes. This will be useful for students who need homework help.

If you have been given the task of writing an essay about Frankenstein, our article will be helpful to you. You can also use the Write my essay service!

The image of Victor can cause ambiguous feelings. He does not claim pity, surprising with his own selfishness and becoming a symbol of a man who deserves his fate. The interpretation of the main character of the book Mary Shelley depends on the personality of the reader. However, at the end of the book, it is the monster that evokes sympathy and understanding, and Victor becomes an antagonist. And the blame for everything is his undeniable selfishness.

"I avoided explanation and maintained a continual silence concerning the wretch I had created. I had a persuasion that I should be supposed mad, and this in itself would forever have chained my tongue."

Irresponsibility and selfishness, which Victor showed when he kept his creation a secret, endangered the lives of his loved ones and led to the death of many people.

"A thousand times rather would I confessed myself guilty of the crime ascribed to Justine but such ravings would accuse me of being a madman."

He was so afraid that he would be considered insane that he endangered his entire family. This speaks of not just selfishness, but the egocentrism of this character. He cares not about his creation, not about his family, but only about himself.

Victor's main goal is not noble, he wants to subdue the forces of nature. When he manages to create a living creature, he abandons it only because of appearance. He learned to manipulate the life force, but he did not like the result of his work - and he just throws the monster at random in this world.

"It was the secrets of heaven and earth that I desired to learn; and whether it was the outward substance of things or the inner spirit of nature and the mysterious soul of man that occupied me, still my inquiries were directed to the metaphysical, or in its highest sense, the physical secrets of the world."

This statement is made by Victor Frankenstein at the beginning of the novel, when he tells Captain Robert Walton about his childhood. This passage is important to describe the main obsession in Frankenstein's life: achieving the acquirement of knowledge. This drive, coupled with the drive for fame, is the driving force behind Frankenstein. It encourages him to excel at university and then create the monster.

"So much has been done, exclaimed the soul of Frankenstein - more, far more, will I achieve; treading in the steps already marked, I will pioneer a new way, explore unknown powers, and unfold to the world the deepest mysteries of creation."

In this quote, Frankenstein describes his university experience. He personifies his soul - "the soul of Frankenstein" - and claims that his soul told him that he would reveal the secrets of the world. This quote clearly describes Frankenstein's ambition, his arrogance, and his final downfall. Frankenstein seems to suggest that his desire to be the greatest pioneer of science is destiny, which removes any responsibility from him for his actions.

"I remembered the effect that the view of the tremendous and ever-moving glacier had produced upon my mind when I first saw it. It had then filled me with a sublime ecstasy that gave wings to the soul and allowed it to soar from the obscure world to light and joy. The sight of the awful and majestic in nature had indeed always the effect of solemnising my mind and causing me to forget the passing cares of life. I determined to go without a guide, for I was well acquainted with the path, and the presence of another would destroy the solitary grandeur of the scene."

In the quote, Frankenstein details his solo journey to Montanvert to mourn the death of his brother William. The "magnificent" experience of loneliness amid the harsh beauty of glaciers calms Frankenstein. His love for natural philosophy and the perspective it gives is mentioned throughout the novel. Nature reminds him that he is just a man and therefore powerless before the great forces of the world.

This "sublime ecstasy" gives Frankenstein a kind of enlightenment completely different from the scientific knowledge he sought through chemistry and philosophy. His experiences in nature are not intellectual, but rather emotional and even religious, allowing his soul to "soar from the dark world to light and joy."

"Accursed creator! Why did you form a monster so hideous that even YOU turned from me in disgust? God, in pity, made man beautiful and alluring, after his own image; but my form is a filthy type of yours, more horrid even from the very resemblance.

For Victor, the theme of friendship was not alien. He created a living being in order to have a life partner. However, he himself did not understand what his game with nature would lead to. The monster, in turn, also sought socialization, and wanted to see in Victor his friend. The rejection of its creator led to a single goal - revenge:

Analyzing how M. Shelley describes the female image in the work, we can see how much love and tenderness she pours on the image of Elizabeth:

"The saintly soul of Elizabeth shone like a shrine-dedicated lamp in our peaceful home. Her sympathy was ours; her smile, her soft voice, the sweet glance of her celestial eyes, were ever there to bless and animate us."

You can see a richer vocabulary, admiration for adjectives: saintly, tender, peaceful, soft, sweet, celestial. That is, these sentences hint at the passive life position of women in the home and in society, because in the XIX century during the Romantic era, the ideal of immaculate purity was embodied not in the image of Madonna, but in the image of a "domestic angel" with his flexibility, charity, innocence, self-denial and family.

Victor describes her as his ideal woman: young, beautiful and completely devoted to him. Elizabeth constantly writes letters to Victor, encouraging him and acting as a positive force against his guilt for creating the monster.

We hope that these quotes with explanations will help you to make your own impressions about the character of the novel by Mary Shelley and successfully write an essay on this topic. Also, don't forget that essay editing is an important step in working on a text. So make sure that the result of your work is perfect.