The Influence of Politics on Education 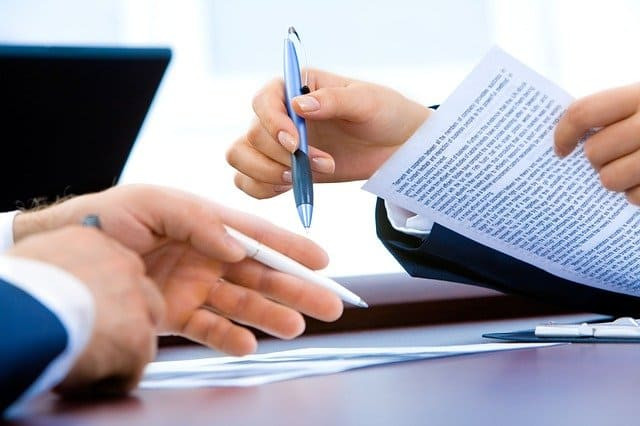 Politics' main aim is to form a new kind of state and, as a result, improve people's lives. In order to do so, politicians must try hard not only to preserve all old good working mechanisms but also to implement changes. This way, they can mold new generations as they see fit. Let's take a look at how exactly the education system is affected by the leading party and whether it is a good or a bad thing.

It is no secret that human history has seen plenty of examples in which political ideology interfered with the education policy in decision-making on the state level. Not only are public schools affected by it, but private schools as well. This interference does not always have to be positive or negative; it is too complicated to be formed in such simple categories.

Some people think that educational institutions, especially the school system, ought to be as far away from politics as possible, as policymakers are often thought to be dirty, greedy, and ready to fulfill their ambitions by any means possible. In spite of the fact that this image could actually be true, at least partially, it is a little bit naive to think that the political influence would never be directed to public education.

With the Constitution's 10th Amendment, lawmakers decreed that school districts must be maintained by the local state government. The U.S. Department of Education administrates each school district and recommends teaching strategies and materials, which can be ignored by the local authorities.

So, the real control lies with the state government. Only it can have a final word in the financial allocation, curriculum, teaching, and pedagogy. However, the federal government can affect education by giving extra funds to the schools that fulfill certain criteria and follow the guidelines.

According to the "Center for American Progress", only 8% of the federal government's budget goes to schools. Actually, school funding consists of several income resources – federal, state, and local. Most money comes from property taxes. When things are really bad, state funding adds up to maintain schools on a decent level. Well, at least that is how it is supposed to work.

The reality is harsh. One accident can draw a really vivid picture. It was described in "Equity and Adequacy in Education Finance: Issues and Perspectives." In 1968, Demetrio Rodriguez decided to sue the local public school, which his four children attended. Fifteen other parents lent a helping hand and joined him. Their complaint was pretty simple – racked and ruined school facilities were the result of awful underfunding by the Edgewood Independent School District, which operated in a very poor part of Texas.

Time has passed, and the problem is still there – back then, the court considered this case to be closed, and now the son of Mr. Rodriguez teaches in the same school and faces the same problem his parent faced almost fifty years ago.

Another example is Illinois. Its high-poverty district gets 22% less funding than the wealthiest school districts. As a result, children who graduate from those schools have less access to further quality education.

Though some people would hate to admit it, political power over content, goals, learning experiences and evaluation strategies is enormous. Curricular materials are often used as a tool to shape a certain image and philosophy in the kid's mind: it is done so students will later be able to find their place in society and bring profit to the community.

Politics can play a huge role in hiring "suitable" educators. Being promoted to the school board is an opportunity that is not open to everybody. Secondary education is not the only area to suffer (or benefit) from a large scale of the government educational policy. In high school, entry into institutions is also heavily controlled.

Formal education is changing. This process is inevitable, as society needs to develop. Our future is our kids, so social science, educational research, and demographic studies will always be aimed to create, elaborate, and implement an education reform that will benefit people living in the country.

As a part of the education process, political education must be paid attention to. It develops alongside the school program. As "Atlantic Press" states, modern education tends to globalize. Besides, the percentage of private schools and domestic education is on its rise. It is high time to start embracing those changes and use them to the country's benefit.

According to the "World Education News+Reviews" website, right now, the USA is the second country after China with the largest higher education system. The presidential elections in 2016 have influenced the education sphere of the USA dramatically. According to the World Education News and Reviews, the process of losing the market share of students to other countries is still ongoing, and it has even accelerated since 2016.

The development of the influence of the political system is expected to go on and maybe even increase. Time will tell. What can be done is the enhancement of political knowledge and the raise of awareness when making school choices.

The evaluation of students' knowledge is an integral part of the education process; therefore, it can't avoid being influenced by politics.

Educational assessment has changed over the years alongside society's demands. Assessment is a way to collect information, which can be used for getting statistics, such as the number of students with talents in different spheres and the percentage of those who want to go for higher education. Based on this information, politicians can monitor social processes.

According to research, children from poorly maintained schools usually have lower grades and may face significant challenges when trying to succeed in the future. One of the political goals is to tackle this issue and improve the situation.

The government also takes part even in evaluating teachers and testing their ability to perform according to the set of rules and demands.

As CATO Institute states, teacher groups have recently been protested against by National Parent Union. The two national teachers' unions have a solid grip on educational platforms. They made $64 million in combined contribution to political parties and other organizations. Still, teachers' associations are blamed for negligence and accused of leaving behind poor students and students of color.

"U.S. News" once reported about the protest started in 2020 by two mothers who were desperate to change school maintenance rules and get a better education and a better future for their children.

Teacher unions are claimed to be a political organization and are much more powerful than people realize. They are supposed to care about children and act according to the young generation's interests and the interests of parents; still, they have their final word on what, how, and with whom children will be taught regardless of any of those interests.

The largest teacher union is openly connected to the Democratic Party and a left-wing ideology. During the pandemic, school reopening depends mostly on the power and influence of teachers' unions. Moreover, in July 2020, the American Federation of Teachers voted to endorse Joe Biden's bid. The convention of this association endorsed other political parties, which are not by all means connected with educational matters.

Though it is hard to argue that political factors have a huge impact on education, we shouldn't forget that they are not the only ones. Apart from politics, there are also geographical, economic, historical, language, religious, technological, social, and cultural factors. The combination of those makes a difference between education qualities in New York and L.A.

If we want to have social justice for all, we have to concentrate on all of these factors and make the USA a better place for every person regardless of background.