Noli Me Tangere: How to Write Reflection Paper 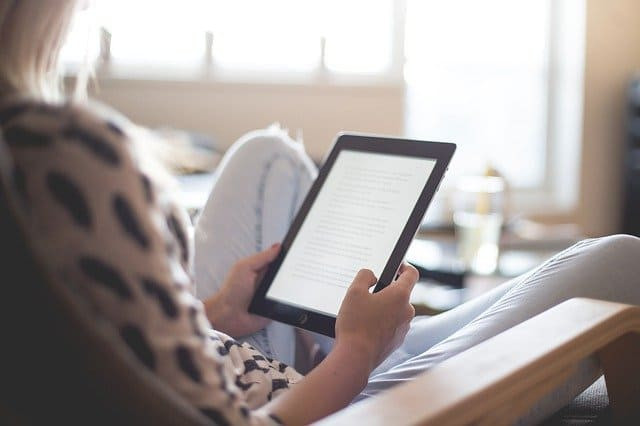 Writing a reflection paper on one of the most acclaimed Filipino works can be taunting. Especially in the case of Noli Me Tangere, a book that served as an eye-opening work to many from the day it was released and is being used even nowadays to instill nationalism in young Filipinos.

About José Rizal’s Noli Me Tangere

Translated from Latin to English as ”Touch Me Not,” this famous Philippine literature piece by José Rizal was written in 1887 and made a radical change in the Philippines’ history.

The story’s protagonist is Juan Crisostomo Ibarra, who returned home from a seven-year stay in Europe. He’s brimming with ideas of improving his country and helping his fellow Filipinos but was confronted by the Catholic Church and the Spanish government. Not only were his ideas and plans questioned by the friars and the Spaniards, but also by his fellow citizens who were naive about the cruelty and abuse of the regime.

The novel criticized the happenings in the country that was then under the Spaniards. It has a sequel titled El Filibusterismo, alternatively known as The Reign of the Greed and The Subversive or The Subversion.

Important Characters in the Novel

Rafael Ibarra is Crisostomo’s father. His death was the reason for his son to come back to the Philippines. Don Rafael died in prison because of Padre Damaso’s accusations of heresy and subversion.

A lieutenant of the Guardia Civil and Don Rafael’s friend. Crisostomo learned of his father’s death from him. Teniente Guevarra respects both father and son for their moral compass, even if it means going against the church.

She’s the love interest of Crisostomo, who ends up going to a nunnery when she refuses to marry Alfonso Linares. Maria Clara symbolizes the Philippines.

Don Santiago De Los Santos is the father of Maria Clara and is an influential businessman in San Diego. Kapitan Tiago finds it hard to follow the friars’ orders because he betrothed his daughter to Crisostomo.

After Crisostomo saved him from a crocodile, he swore to protect the young man. He’s a fugitive who wears disguises and discovers plots against the protagonist, and does what he can to stop them from happening.

She’s the mother of Basilio and Crispin, who had gone insane when her children went missing. A once beautiful lady who endured a tragic life, Sisa symbolizes the suffering of the Motherland from the colonizers.

Sisa’s sons represent the Filipino children who are victims of ignorance, poverty, and the Spanish authorities’ cruelty.

He’s the former curate of San Diego and is the birth father of Maria Clara through raping Doña Pia Alba. An arrogant and cruel priest, he did his best to stop Maria Clara from marrying Crisostomo.

A prominent figure in the town of San Diego, along with the alferez of the Guardia Civil. He’s been lusting over Maria Clara and is a deceptive priest.

Crisostomo’s former teacher and the parish priest of Binondo, Manila. He’s aware of the cruelty of the other friars but doesn’t do anything about it.

The wife of Don Tiburcio de Espadaña, a quack doctor. She’s an ambitious Filipina who looks down at her fellow Filipinos.

Main Ideas of the Novel

To write an A+ reflection paper, you must be aware of the main ideas Noli Me Tangere conveys.

Rizal firmly believed that education is important in fighting off oppression. Filipinos’ ignorance and naivety made them easy to be manipulated and targeted for cruelty.

Education paved the way for Crisostomo to build a school for the youth and to be heard by other influential people. However, even with his good intention, Crisostomo was undoubtedly still unaware of just how grave the oppression his fellow Filipinos faced until Elias showed it to him.

Another highly educated character in the novel was Tasio. Although having acquired education, he was ousted by society because of different ideals.

The novel indicated how power was abused and how people would do anything to get it. Noli Me Tangere also showed that not all who are in prison are sinners, like Don Rafael, who was instead a victim of those in power.

The tug of power between the church and the government is also obvious in the novel. A reality the Philippines faced when it was under the Spaniard’s rule.

Religion is a significant topic in the novel because, despite its divine presentation, it was used to control others and profit off other people’s weaknesses.

The Spaniards and friars used Catholicism to instill hierarchy and took advantage of the Filipinos through their faith and ignorance, even if they themselves didn’t carry out the teachings.

Padre Damaso held a revered position as a former curate and was looked up to by people who take their religion seriously. But he raped Doña Pia Alba and sent Don Rafael to prison for his personal vendetta.

Padre Salvi, although a priest, lusted after Maria Clara and didn’t respect his priesthood. He only became a priest to hold power, not to save souls.

Capitan Tiago pretends to be a devoted Catholic by being close to the friars but actually just does it to have more connections and power.

On the other hand, there are also those who are serious about their faith yet aware of the unreasonable demands of the church. Don Rafael, Crisostomo, and Elias have strong faith.

Filipinos are known for their filial piety, a family value that’s still alive in their culture. Because of this, sons and daughters respect their parents and often feel obligated to do as they are told. Sometimes, even at the cost of their own happiness.

The story started with Don Rafael’s death, making Crisostomo go back to honor him through building a school.

Maria Clara also honors her family through being the model Filipina and taking their advice, even almost marrying someone she doesn’t love to make her family happy.

Basilio’s first thought was to come back to his mother, Sisa, when he was shot at by the Guardia Civil.

The protagonist of Noli Me Tangere went through many sacrifices as he believed they are all for a better future for his country and countrymen.

Literature is a mirror of culture, and Rizal penned just what he had hoped his fellow Filipinos would do for the Philippines to be free - sacrifice.

One of the most intriguing lines in the novel is ”Sacrifice today for a useful tomorrow,” found in Crisostomo’s letter to Maria Clara before he went away to study in Europe.

Sacrifice was also seen through Elias, who died while trying to fight for his countrymen. Through Crisostomo talking to Basilio, Rizal reminded every reader to never forget those who fell and sacrificed themselves for the Filipino people and their country.

After its publication, Noli Me Tangere sparked Filipino nationalism that ultimately led to the Philippine Revolution in 1896.

The novel incited Filipinos’ desire for independence. Rizal hoped that there would be a revolution without the shedding of blood and for his country to gain independence. But Noli Me Tangere did the opposite and instead incited a revolution that ended with the Spaniards ceding sovereignty of the Philippines to another colonizer, the United States.

Did the revolution start because Filipinos realized the cruelty they were living in or simply because the others were joining it? The real intention of others who joined the revolution was put into the spotlight when using the novel as a reason to revolt. Were they doing it for the Philippines or because they admire Rizal?

This criticism highlights most of the Filipino revolutionists’ failure to have an education. Asking whether they actually knew what they were fighting for and not only because they needed to survive.

Because of the portrayal of how Catholicism was used in the novel, many questioned if Rizal had any hidden agenda.

In some of his letters to Fr. Pablo Pastells, a Jesuit teacher, during his exile, Rizal delved into “what little has been left to me by the shipwreck of faith.” Rizal believed in God but was no longer a practicing Catholic during his time.

Because of this, some see Noli Me Tangere as Rizal’s way of destroying their faith and that its intention is not solely for the Philippines to fight back but to dismantle Catholicism as well.

José Rizal’s “Noli Me Tangere” is a novel that not only sparked discussions but also urged the Filipino society to take action in the fight for independence. While some supported it, others criticized the author’s intentions. While the symbolism of the novel is a field to explore, one thing is clear: José Rizal’s masterpiece has become a turning point in the history of the Philippines.

Find it difficult to write a reflection paper? You can rely on Studybay!

Our experts help students with: