Importance of Understanding the Correlation of McDonald's and Globalization 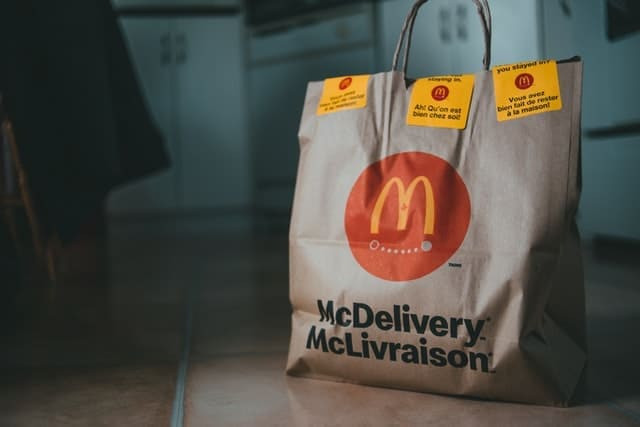 The world has integrated into globalization, and it's an irreversible phenomenon. There's no way we can go back after all the things globalization has done since many businesses have gone global and influenced consumers in various ways. We can only understand and learn about it.

A great example of this is McDonald's. McDonald's isn't just famous. It’s now on top, with a brand value of over 100 million US dollars, with Starbucks coming in second.

❓ How Is the World Affected and Influenced by McDonald's and Globalization?

Through globalization, Mcdonald's went from being a local fast-food restaurant in the US to a global sensation in the fast-food industry. There are now McDonald's restaurants in almost every country. People from different countries with different cultures are greatly influenced and exposed to some of American's local cultures - hamburgers and french fries.

There are many types of globalization. However, when we talk about globalization, it's mainly about economic globalization. Globalization is the connection and relation of different places globally and is a product of many types of expansion. Economically speaking, it's the integration of trades, markets, and investments of countries with low barriers, allowing the products and services to be shared and flow between nations.

Globalization is the circulation of products and services, and it's been speeding up over the years. One main driving force is the advancement of technology, like the internet. It has made connections and communication more accessible and convenient.

The invention of various tools and vehicles has contributed to fast-paced globalization. There are now more container ships and faster modes of transportation that made it easy to bring products from one country to another.

Globalization has provided many benefits, such as combating poverty and more. Additionally, it has impacted many businesses in various ways. Benefits of globalization include:

It's easier to access cultures from other nations, like food, music, and even art. One good example is how famous American snacks, hamburgers and fries, are available and can be delivered to anyone’s doorstep through McDonald’s without them having to live in the US.

It's now more convenient for businesses to find more talent or people overseas that they deem fitting to their company. Restaurants that aspire to go worldwide as McDonald’s can now hire people of different races and skills that can help their business grow.

Businesses have more access to lower-cost ways to manufacture their products. And this causes global competition, resulting in prices going down and increasing the variety of options for consumers. This allows people in many countries to live better for fewer expenses. There are more other fast food restaurants like McDo that compete for the attention of customers. And the best way to do it is to lower the prices of their food.

Since more businesses are built in different places, more local people are hired. This increases employment percentages and helps people earn for their families. In the fast food industry, and with McDonald’s alone, many people are given jobs to provide manpower in a branch and deliver good service to customers.

What Is Negative About It?

Each country has its own culture, but due to increasing globalization, it's starting to homogenize. Specific and distinct cultures are disappearing and starting to become one. If the uniqueness of each culture isn't protected carefully, it can disappear or be forgotten completely.

Take hamburger and fries, for example, the best McDonald’s combo. It’s now part of almost everyone’s culture. There are not many places where you can’t find them, even if they’re just locally made.

Businesses can't escape incurring tariffs and export fees when going global. Getting products and services overseas is a challenge since it can be costly.

When some business grows, some start to wilt and have no choice to move elsewhere or even completely shut down. For example, a local restaurant in the United Kingdom was once thriving and was providing jobs to many people.

But then, another restaurant, McDonald’s, opens up there and offers foods that cost less, forcing the local businesses to close down since consumers prefer cheaper products. This causes employed people to be unemployed.

Globalization imposes significant negative effects on the environment. Massive development of transports and industrial infrastructures causes serious environmental problems - especially global warming. With globalization, resources are needed. You need resources and space for you to build a McDonald's franchise. So, the depletion of natural resources, destruction of many ecosystems, and even deforestation are evident. The consequences of these processes result in more pollution and global warming, which in turn mainly affects humans.

Unstable and unbalanced globalization can cause severe financial and economic crises in major countries, especially China and India. The global financial system is at risk because of the integrated and interconnected nature of the global economy.

McDonald's is the most prominent representation and symbol of globalization. Of all the fast-food chains in the fast-food industry, Mcdonald's is the largest one and is on the top of all global markets. Currently, its headquarters are located in Illinois, with many branches worldwide. But how did McDonald's globalization happen? This can be answered by looking at the two phases of its success - the before and now.

McDonald started with the McDonald brothers in California. They opened their first restaurant with appliances they bought from Ray Kroc. Ray Kroc was then intrigued about why they would need eight milkshake mixers and was impressed how the brothers' business was doing so well.

After some time, upon realizing the promising future of the business, Ray Kroc started franchising. He opened the first franchise of fast food and later on launched the McDonald's Corporation. This is the beginning of the many golden arches of McDonald's' globalization.

The public face of the McDonald's products and business is the clown Ronald McDonald with an arch symbol of the letter "m" for its golden arches logo. Additionally, more products became the symbol of McDonald's restaurants, such as happy meals, chicken McNuggets, Big Mac, and even ice cream.

From then on, the McDonald's franchise continued to increase and expand into different places. It has even made its way into big and rich places like Japan and New York.

McDonald's is currently the biggest contributor to the market share in the fast-food industry. Since its opening, the restaurant chain has more than 30,000 franchises in more than 120 countries and has a turnover of approximately 10.5 billion US dollars. And it's still developing at a rapid rate and through different aspects: culture, charities, and franchises.

McDonald's signifies some of the American local cultures in many countries. It also allied with the Coca-Cola company to generate profitable marketing strategies for the benefit of both companies. Every fast food in various locations also performs required adjustments to meet the interest of the local people in the area, such as the Hindu people or those in Hong Kong, and many more. For example, the McDonald's menu in Japan includes a teriyaki burger. And even some franchises in locations outside the US and UK offer Halal.

Almost 80% of McDonald's restaurants all over the world are franchised. This makes the company the leading global foodservice retailer. Moreover, the corporation regulates other restaurant brands such as Donatos Pizza, Boston Market, and Chipotle Mexican Grill in the US and Aroma Cafe in the UK.

Aside from these big wins in the industry, McDonald's has also made some significant contributions to the community, especially for children and community development. In 1984, Ronald McDonald's Children Charity Groundwork was founded, and since then, it has donated over 5 million USD to help children worldwide.

One of McDonald's marketing strategies is to expand overseas. And true enough, more than half of the total restaurants are located abroad. To support this, just in China, over 100 new restaurants were opened in a year, allowing Mcdonald's to achieve its 1,000 new restaurants' goal by opening the 2008 Beijing Olympics. This shows the certification of McDonald's globalization. Currently, there are over 2,500 franchises of McDonald's in Brazil.

The founders of this fast-food restaurant didn't expect their business to be this big and significantly influence the world in various aspects. It has impacted not only the industry but also the lifestyle of people around the world.

Aside from this analysis, more case studies have been made and are still being created to analyze the different aspects of the globalization of McDonald's.

People have recognized Ronald McDonald, a good brand ambassador for the fast-food restaurant. It's said that it imposes a happy family culture on society. But, aside from this insight, there are more impacts of McDonald's globalization to its consumers, especially regarding these people's lifestyle and diet plan. Positive and negative impacts.

Three characteristics mainly describe McDonald's. It's broadly accepted, cheap, and is fast. It also has become more of a representation of the American culture instead of just a symbol of fast food with people recognizing it.

Still, Mcdonald's has been taking measures to meet the interests and cultures of the society they're brand is located. They also consider the demographics of their consumers, like how they dress up during specific dates to facilitate young people and make them enjoy their stay in the restaurant.

Of course, the positive impacts of this globalization include employment and enjoyment. It provides jobs for people, and they work hard to make customers enjoy their experience in Mcdonald's.

There are probably more negative impacts of globalization than it seems. Focusing more on its impact on its consumer, the negative impacts include loss of local culture, unpleasing lifestyle, and unhealthy diet plans. People, especially young ones, tend to patronize McDonald's and even describe it as a sign of fashion or a trend and choose to eat the menu daily. This also results in them not recognizing their own local food cuisine.

Additionally, since there are junk foods served at a McDonald's, the diet and health of consumers are greatly affected and are ruined. At the same time, when their health is influenced, their lifestyle is also affected.

Globalization has both positive and negative impacts on society. And these impacts can be seen through McDonald's globalization. It’s still very important to find balance when thinking of globalization. Finding ways to maintain the positive aspects while trying to eliminate the negative ones should be a priority.

Do you need to analyze McDonald’s and its globalization? You can ask for help from experts in Studybay. Relay to them your essay assignment and find people who are willing to help you. We're also well-versed in different topics such as science, java, and accounting.