The Crucible Essay: Analysis with Examples 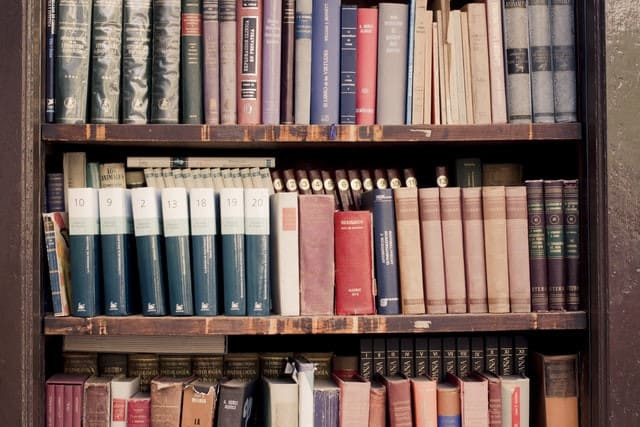 Studying literature in high school is a very painstaking job that requires patience and the ability to analyze. It is the student's ability to demonstrate reading comprehension is tested by teachers. The Crucible by Arthur Miller is one of the common assignments for philology students. They can be given different types of written tasks: essays, analytical articles, literary reviews and others. To help students in this come a variety of paper writing services, where they can buy research papers or any other type of written work. If you prefer to write an essay yourself - our article will help you.

The Crucible is a drama by the American playwright Arthur Miller. Some of his most famous works are The Death of a Salesman and All My Sons. The play "The Crucible" is based on the events that took place in the town of Salem in 1692. Then several women were accused of conspiracy with the devil and witchcraft, who, according to the inhabitants, sent spoilage to people and cattle. The women were found guilty and executed. One of the storylines describes the development of the Salem witch trial, and also shows the tragedy of those women who cannot justify themselves, not because they are guilty, but because the judges are driven by absurd prejudices and beliefs.

In the history of the United States, Miller selects the well-known Salem episode - a tragic epic that was played out in the small puritan town of Salem, Massachusetts, in 1692. The participants were the first settlers on the American continent.

McCarthyism's rampage in the late 40s and early 50s prompted Miller to write the play. The following events began to take place among Joseph McCarthy's supporters: suspicion, accusations of each other for non-existent sins, behind which there was a desire to slander and settle scores with those who, for various reasons, became an obstacle in achieving purely personal goals. The accusations of witchcraft, betrayal and apostasy were the means used by the ancestors of modern McCarthy supporters. And along with them, the play shows people of high adherence to principles, deep consciousness of honor and duty, who in the name of truth entered into a struggle with the dark forces of reaction.

"We have no truth left in Salem," says one of the characters in The Crucible. "It is paradoxical that today we are in the same grip, and there is no hope that we will be able to resolve the problems we face," writes Miller, directly addressing readers in the author's comments on the play.

At the center of Arthur Miller's play is the fate of the main characters - John and Elizabeth Proctor. The cunning, deceitful and dishonest Abigail Williams, the former servant and lover of John Proctor, accuses many of the inhabitants of Salem and John's wife Betty in connection with the devil. She hopes that after the execution of the latter, she will be able to marry John. But Abigail is only a tool in the hands of a group of cunning and cruel rulers of Salem, interested in slandering honest people and taking advantage of their land, property and social status.

John Proctor, who so far remains above suspicion, cannot come to terms with the fact that innocent people have been slandered and sentenced to death. How could it happen that a malicious group of people managed to get the best of Salem's citizens killed? He boldly stands up for them, thereby bringing on a slanderous accusation. The admission of the justice of the accusation in connection with the devil could save him from death. But such a confession would be a betrayal in relation to the innocent victims. He would rather die than give up his ideals.

In The Crucible, the playwright affirms the ability of every person to accomplish a feat. He not only exposes the reaction, but also passionately calls for a fight against it. The hero of the play, John Proctor, a man of the people, acts as a bearer of high ideals of honor, fidelity to duty, integrity, and human dignity. But Miller stresses that these ideals must be defended at all costs, even at the cost of life.

In concluding commentaries on the play, Miller answers this question directly. First, the inhabitants of this town are to blame for this: "... they were responsible for what happened - their strife led to slander and denunciations ... there were those who were not only victims, but also informers".

This conclusion is so important to the author that, trying to make it absolutely clear, he breaks the usual forms of drama by directly addressing the reader. This is how the allegorical meaning of the play "The Crucible" is revealed - the connection between the past and the present of America.

How to Write the Crucible Essay

In this section you will find practical tips for writing your essay.

1. Your text should be a coherent, logically consistent set of thoughts, considerations, conclusions on a particular topic. So the first thing you need is to have enough information. So you need to read the Crucible and process it - simple reading will not be enough! You can also find different The Crucible essay samples.

Make a note of the following points:

The answers to these questions will help determine the trajectory of writing an essay.

2. Although the essay is a manifestation of creativity and imagination, even in this case you need to follow a clear structure: introduction, main part (thesis, arguments), conclusion. Here is what each of these parts of the Crucible essay might look like:

Introduction: In an interview with a reporter for Theatre Arts magazine, Miller said that "he would not have written this play at any other time than now."

Body paragraph: It is characteristic that the playwright himself, soon finding himself in the position of John Proctor, did the same as his hero did in the play. Summoned by the Anti-American Activities Commission to testify about the "criminal anti-American activities" of his friends, Miller refused to become a traitor. He has not testified against those he has encountered throughout his life. This example from the personal biography of the playwright demonstrated the unity of the worldview of Miller, a person and an artist.

Conclusions: The problems of loyalty to the ideals of honor and duty, the affirmation of human dignity, the resolute condemnation of betrayal in all its manifestations have always deeply worried the playwright.

3. Use vivid, socially significant and resonant examples as arguments. For example:

"Miller's concern for the fate of the average American citizen did not always bring him success and fame. In the early 1950s, when the United States and the Soviet Union were in a state of so-called Cold War, the US government funded the oversight of those who sympathized with communism. A protest against the "Red Scare" was the play "The Crucible" (1953), in which the activities of the Commission to Investigate the Anti-American Activities of the US House of Representatives are compared to the witch-hunt among people of Salem in the 17th century. Miller considered the first and second to be manifestations of unfounded mass hysteria. The play "The Crucible" won the Tony Award in 1953, but Miller was later called upon by the Commission to Investigate un-American Activities to testify and defend his work. Miller refused to cooperate with the Commission, declaring his right to freedom of speech, for which he was summoned to court for contempt of Congress in 1956."

4. Support your point of view with quotes from the work:

Danforth believes in the power of the court that they are exposing the truth: "We burn a hot fire here; it melts down all concealment".

By the end of the play, some characters change a lot. We are beginning to see Reverend Hale change here; although he was originally here to seek out witchcraft, he now realizes there are problems with the court: "There is a prodigious fear of this court in the country."

Reverend Parris did not believe the theory that Mary Warren had never seen a ghost: "Excellency, you surely cannot think to let so vile a lie be spread in open court!"

5. Make sure there are no spelling, punctuation or stylistic errors. Your essay should be plagiarism free.

6. If all this seems too difficult for you, it is better to order now your work from professional writers. "Do my assignment" services will help with essay topics, writing the text itself and checking the already prepared essay.