Maslow and Rogers Similarities and Differences: Theories of Self-Actualization 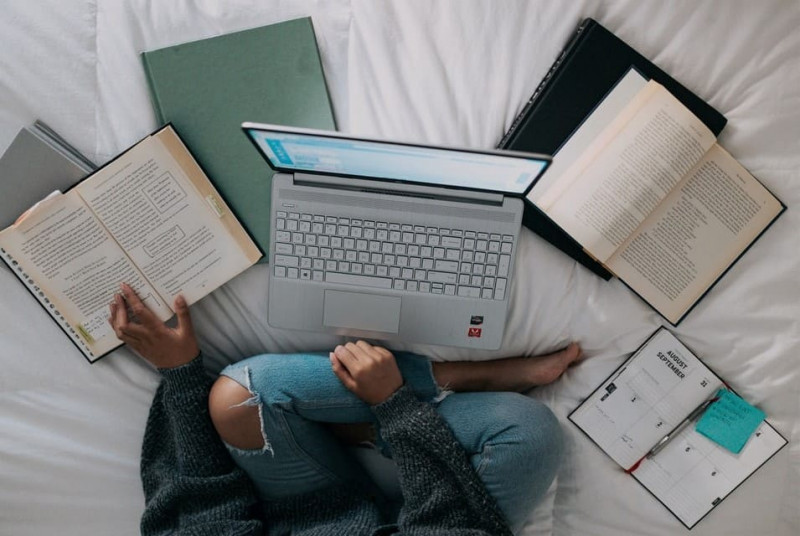 Studying psychology at college, you'll definitely deal with different theories of humans self-actualisation. Most people who have never delved deeper into this issue may believe that this term was developed primarily by Abraham Maslow (1908-1970 along with his hierarchy of needs. Actually, there were pretty many humanistic psychologists who had different views on self-actualization, which also matter. For example, Carl Rogers (1902-1987) had an entirely different approach.

Even if you're one of the students who prefer to send one "do my assignment" message when things get complicated, you need to learn more about their theories of personality.

What Is Common and Different in Maslow and Rogers Humanistic Approaches?

We are going to compare the features that are common and different for both psychologists, but we need to admire that it is impossible to ignore the striking similarity. Both theorists tried to look at people through the prism of the positive mindset, focusing on their inner qualities and ability to develop the full potential. However, the difference between Maslow and Rogers is in their humanistic theories of self-actualization.

When Abraham Maslow sees the functioning of persons in one's own self, Rogers emphasizes the need of the environment. He believes that conditions for growth are impossible without empathy, sincerity, and acceptance of others. Maslow put the need to self-actualize at the very top of his hierarchy, above basic needs like physiological needs, safety needs, love, etc. At the same time, Rogers considered it to be the only motivation that drives people forward. So, it is the confrontation of the final point and the never-ending progress. Let's look more detailed at their views!

It is impossible to imagine people who have never heard about Abraham Maslow and his vision of human needs. However, most of them experience difficulties when it goes about the custom paper on behaviorism, client-centered therapy, and other psychological directions that had been developing in the 20th century. So, let us show you some essential aspects of Maslow's humanist approach. 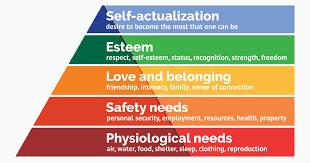 Maslow believed that the older a person is, and the higher level one climbed in the hierarchy of needs, the more freedom one has. It means that the person is able to create one's own personality by maturing and moving up.

Abraham Maslow considered intelligence to be the main trait of a human. He took irrationality into account as well, but it didn't play a huge role for him because of the strong belief in rational forces.

All aspects of humans' personalities are intertwined in psychologists' explanation of people states. The person as a whole is the only suitable target for psychological research.

When exploring Maslow's theory, it may look like that his emphasis on freedom diminished the applicability of the constitutionalism-environmentalism proposition. If it goes about people that are free enough to develop themselves and build their own life, then constitution and environment don't matter too much. Maslow, however, paid more attention to the constitution to assert the biological community of humanity. He claimed that psychological higher needs have a constitutional origin, and therefore they are necessary when considering human motivation.

As people move in Maslow's hierarchy of needs, they get more and more freedom to choose directions and angles for personal growth. Stagnation is impossible. Hence, people decide what they want to be, and though they can choose various options, the personalities change regardless of the specific choice.

Maslow remained faithful to the position of subjectivity, which can be proved by the existential and phenomenological direction in his theory that was based on "here-and-now" principles. When comparing the beliefs of Maslow and Rogers, we can easily find out that Rogers placed subjectivity higher than his colleague. Despite this fact, Maslow definitely thought that basic facts for psychological science are provided by subjective human experience. To understand people, it is necessary to have the reference of their personal world. So, experts should value subjective peak experiences even when they can turn to observed behavior.

Maslow argued that behavior is the result of the interaction between the needs and the environment of the individual. According to this, the scientist has an intermediate position in terms of proactivity-reactivity.

It is not that difficult to define that Maslow's views are strongly inclined towards heterostasis: his theory is primarily based on the image of an individual going to reach the highest peaks of personal development.

Analyzing Maslows' views and his contribution to humanistic psychology, we can come up with a decision that he made for a psychology that would appeal to the image of humanity. In his understanding, a person is just unknowable in terms of traditional psychotherapy.

Students often ask about history homework help when their task is to write about some psychoanalysis founders, their main theories and concepts, and so on. This wish is easy to understand: you have to deal with a huge scope of information. That's why we analyzed the same points of Carl Rogers' humanism approach for you.

Rogers considers freedom as an integral part of human beings' actualization. He has no doubt that the choice that an individual makes can determine the direction of one's personality development. Therefore, Carl Rogers and Abraham Maslow share the view that people have the free will to shape their lives.

In his theory, Rogers assumes that people are rational. At the same time, if some absurd actions obviously arise in everyday life, the psychologist explains this by the "incongruence" of mankind with its true nature. In this issue, Rogers objects to psychoanalytic Freud, who believed that people are driven by irrational impulses that lead to conflicts with society.

There is a holistic emphasis in all of Rogers' reasoning. He studied and understood human beings as a whole.

Based on Rogers' theory, we can conclude that the scientist was moderately committed to constitutionalism in the broad sense of this direction. Studying his work, one can often come across such phrases as "human nature", "true" I "of man", "innate human potential." They confirm the biological basis of personality and human development. Rogers wrote about conditional positive regard and unconditional positive regard, acceptance, prizing, and other environmental attributions that are important to develop the real self, to have a better feeling of self-worth and congruence with one's thoughts.

Rogers was committed to a position of mutability. This conclusion is made possible by his theory, which constantly focuses on personal growth. The expert describes people (like any other living organisms) as constantly growing, developing their innate individual's potential, and changing in the process. Personal changes, according to Rogers' theoretical system, are components of human existence.

According to Rogers, the system of perception of each person is based on the self-concept. In a world of different experiences, it is human beings that take center stage. All of them perceive the surrounding reality subjectively and react accordingly.

According to Rogers' theory, human behavior is purposeful, forward-looking, and future-oriented. People build their own model of behavior, and therefore they are extremely proactive. This feature becomes even more obvious when we determine the energetic source of human behavior — the trend of self-esteem and actualization. This motive for achieving the ideal self is inherent in all human beings.

The only dynamic Rogers construct that allows us to define this position is the actualization tendency. Without a doubt, this is a heterostatic concept.

If we talk about the traditional scientific sense, Rogers, from his femenological position, does not believe that a person can be knowable. Each person lives in one's own subjective world, and only one can adequately interpret all experiences.