Compare and Contrast Dog and Cat Essay: How to Write About Differences 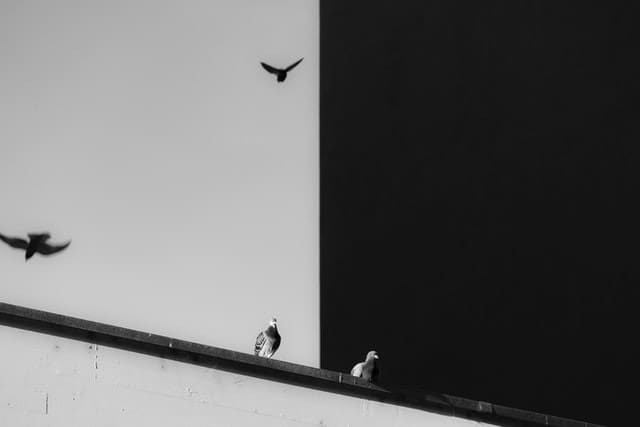 You have been tasked to write an essay to compare and contrast between two things, and this can be a difficult task for you that you might want to ask essay writing service for help instead.

However, it is important to also learn how to do this on your own. In this scenario, we will use cats and dogs wherein we contrast both cats and dogs as a point of comparison. Wherein, this contrast essay will help guide you on how to write your own comparative essay.

Sample of a Compare and Contrast Essay Using Cats and Dogs

When it comes to raising a pet, an immediate thought in a potential pet owner's mind is: "should I get a cat or a dog?" given that these are the most common pets to have. According to a study by PetFood Industry, when it comes to international pet ownership, out of a survey of 27,000 people globally, 33% were dog owners while 23% were cat owners, making them the most popular pets in the world.

However, despite our four-legged friends being widely accepted and sharing a lot of similarities, these are two different animals with two very different traits. Therefore, this essay aims to look at the different personalities of your future pet and how well it may fit you. This is because, at the end of the day, it really does matter if you are a cat person or a dog person.

First, let us begin with the similarities of these creatures and how to properly care for them. Both these animals have fur, thus requiring constant grooming such as regular washing and combing, especially if you do not want to deal with fleas. Fleas can cause skin allergies, prolonged scratching from all the itchiness can cause an infection, or your pet may get anemia from the loss of blood. Fleas can also possibly transmit other parasites such as tapeworms to your pet and even aggravate any respiratory illnesses or complications. And while fleas cannot live in a human's body, they can still bite you and give you the potential side effects they give your pet.

In addition to why you should groom your pet is that they shed their fur, and it gets everywhere, more so in certain seasons than others. Cleaning off their hackles is no easy feat, and getting a fur roller and air purifier can add up to a lot of costs.

Aside from this, though, the only other similarity cats and dogs bring their love and affection for their humans. In terms of differences, however, it can be a really long list. But we can look at the main differences of what makes each not necessarily a better pet than the other, but what makes each unique.

To start with, pet cats are known to be very clean. They are generally known to always clean after themselves and others through licking several times a day. Therefore, you do not really have to think about cleaning after a cat as much, you are most likely to just focus on their litter boxes. But as far as cleaning goes, you can depend on them to do it themselves. A dog will be different because they don't groom themselves. Dogs love to run around, and they can get messy in the process, but they are not built to clean up after themselves and would heavily rely on human assistance for that.

As mentioned, dogs rely on humans a lot and are not as independent as cats; this is not particular with cleaning but with their overall behavior in general. While both cats and dogs can be trained, it is a dog that usually requires more time and training than a cat, so you spend a lot of time caring for it and telling them what's wrong from right. The end result, however, reaps better benefits toward the dog than a cat. A dog will gladly come wagging its tail toward you if you call its name. Contrast cats who might just acknowledge you by moving its ears to indicate you have been heard, stare at you, or even ignore you altogether. A cat's independent nature means that they will only come toward you if and when they want to, and not because you have called them.

Moreover, dogs are social animals and have a tendency to fawn over every person they meet; they are known to be "man's best friend" after all. They are entertained by attention and people and just love playtime, going out, and having fun together. On the other hand, a cat has their own body language and will not necessarily acknowledge you or your guests in general; however, they find ways to entertain themselves; they do not mind playing on their own or with others.

Cats can also seem a little quieter as compared to dogs. While dog lovers will love their dogs unconditionally, it cannot be denied that a cat's purr and meow is nothing compared to a dog's woof.

The list can go on and on between cats and dogs, and at the end of the day, some things may not fully apply because your pet just has a personality of its own. But in general, both pets are adorable and have their own charm that makes you fall in love with them on your own. As a general rule of thumb, however, if you are a busy person, it may be better to get a cat due to their independent natures. If you have the time and want a pet that has fun with the family, a dog would be the way to go.

Now that you have read our sample comparative essay, let us take a quick look at the factors that were present within the essay and see how you can apply them on your own.

When it comes to writing a comparative essay, you will be stating a lot of facts here and there, and both need to be backed with evidence. In the sample above, to prove that dogs and cats were commonly used as pets, a source was cited in the essay. The more research you put into, the stronger the weight of your statements will be

There are two ways to write a comparative essay, the alternating method and the block method. The alternating method is the method used in the sample wherein you juxtapose clearly identified points between A and B, in this case, cats and dogs. This is usually a preferred method as it looks more integrated and analytical.

However, not all points can be directly compared because nothing closely relates to the other, or you might want to build up more points about one than the other, or perhaps you are comparing more than the usual two things. In either of these scenarios, you would use the block method wherein you enlist all the points about one and then proceed to jot down everything on the other.

When you are writing a comparative essay using words such as "similarly" and "likewise" to compare and words like "on the other hand" and "however" for contrasting statements as seen in the sample essay above can guide the reader through the relationship of each text.

Recommendations for Writing a Comparative Essay

Just like all other essays, the main ingredients to writing a comparative essay would be to: