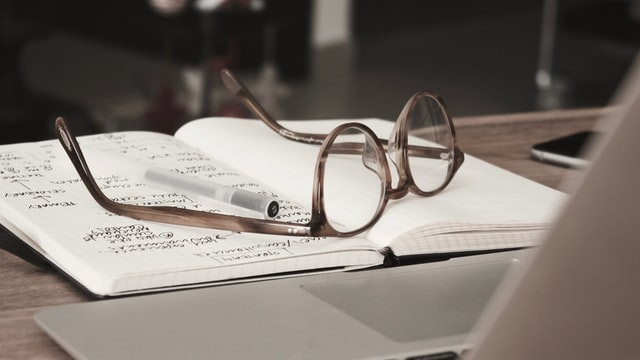 Before moving towards the pros and cons, let's first understand "positivism". It is basically a doctrine emphasizing that knowledge and thought must be based on the "scientific method". So, as a researcher, you will be engaging in quantifiable observations. Your role will be limited to the collection of data through an objective approach. Let’s uncover a few definitions for a deeper understanding:

A Brief Historical Overview of Positivism

The term "positivism" was first coined by the famous French philosopher Auguste Comte during the mid of 19th century. According to him, the positivist never reaches a conclusion by using a subjective approach. He also stressed the fact that people must never let their feelings and emotions cloud their stance. It is important to have true knowledge about the issue and accurate social facts when giving your point of view.

You will be deriving this "genuine knowledge" from the experience of natural phenomena. There are philosophers like Saint Simon, John Stuart Mill, Herbert Spencer who were logical positivists or in other words followers of "logical empiricism". On the contrary, Karl Marx (famous for Marxism), Emile Durkheim, Max Weber, and Karl Popper repudiate logical positivism.

Positivism is related to epistemology (do not confuse it with ontology), as it differentiates justified belief based on scientific knowledge from opinion. It encourages the researcher to adopt an observable and measurable approach. So, basically according to positive philosophy, the universe is deterministic. There is a proper cause-and-effect relationship. In a nutshell, everything has some sort of law when you carry out a scientific inquiry. Positivism is a significant part of social phenomena and earlier sociologists. Postpositivism, a product of 20th century, ruled out the human's ability to reach precise measure while taking the empirical observation to another level. The main differences between these two beliefs include:

In Positivism, the researcher must be independent. Human interests have to be kept irrelevant at all times. All of the explanations must demonstrate causality. The entire research will progress through the use of determining of hypothesis and using deductions. All of the concepts must be operationalized so that later, they can be measured. The unit of analysis must be reduced to the narrowest possible terms. For example, if the research aims to evaluate the impact of sleep deprivation on mood, it is recommendable to pinpoint the measures of 'sleep deprivation and 'mood' beforehand. At the same time, it would help to define the signs of the mood-swings. For example, any individual having less than 5 hours of sleep is described as sleep-deprived. Generalization should ideally be reached through statistical probability. As for the sampling, large numbers will be required that will have to be selected randomly. For example, a study focusing on a sample of 500 participants would be more credible with findings being more transferable as compared to one involving only 100 participants.

Advantages of Positivism and Its Universal Laws

Here are some advantages of positivism that will encourage you to conduct quantitative scientific studies:

When it comes to research techniques, positivists lean towards quantitative methods rather than qualitative research. This is due to the fact that quantitative research is based on the application of scientific methods with cause-and-effect being at its heart. However, on the other hand, qualitative research doesn't involve numbers and is based on simple unmeasurable techniques. Due to such huge differences, positivists in the social world trust the former and steer across the latter. Quantitative data establishes strong foundations for the researchers to make scientific assumptions.

Suppose, your research problem revolves around Covid-19 and its effects on businesses. Here, according to positivists, you will use quantitative techniques to know the impact of the pandemic. This will involve measuring the drop in sales and profits across different industries. If you don't follow the general laws of positivism and go for a qualitative study, especially for a study that involves scientific inquiry, it may put the credibility of your research at stake. The quantitative methodology will also give you the opportunity to extrapolate and see how businesses are likely to perform after COVID. So, basically, all kinds of trend analysis can be carried out easily.

Another benefit of positivism is that it follows a defined structure throughout. There are set rules and laws that are to be followed by the researchers. Due to the existence of concrete guidelines, the chances of errors are reduced to minimal. For example, you mostly rely on excel and other robust software to generate calculations for the assessment of your observations. It has you follow a pre-determined pattern following from the collection of data, leading up to the analysis and inferences. Unlike qualitative inquiry, you get exact results, be it the relationship between two or more variables, or an assessment of the criticality of any set of factors. So, you will not have to worry about the variance or any other drastic changes in the variables. You will be following mathematical and scientific tools that are pre-defined. So, how will it contribute to your research? Well, due to have lesser errors and higher reliability, your study will become accurate.

Coming back you the study of covid-19 and its drastic impact on businesses. You will be following a clear pattern and set of rules. For example, you will be running regression after having accurate numbers. This will give your paper the credibility that most qualitative sociological papers lack. In short, it is analytics in action.

The Researcher Has the Control

As the nature of the study will be purely quantitative and is limited to data collection, the researcher will have a good grip. You will be holding the reins, which is not the case in qualitative research. There is a clear theoretical focus rather than having an open-ended research problem whose future is dependent upon the study of respondents.

Every theory has a downside to it as well. Here are the disadvantages of positivism that you must educate yourself about:

The Issue of Human Behavior

There is a major assumption that is made here. It is the "disregarding of emotions and personal judgment". Positivism goes against natural laws and demands human beings to hold their opinions strictly. There is a great battle between the natural sciences and the social sciences whenever there is a discourse about the subsiding of human emotions. Unfortunately for positivism, the philosophy of science wins. Human beings, no matter how many enlightenment sessions they go through, will show emotional responses. So, there is absolutely no guarantee that the doi that you used to find that concrete research paper is absolutely bias-free or not.

The Crises of Inflexibility

Although it was intimated that since everything has ruled and can be calculated, will make the study accurate, it has a major setback too. There is a major inflexibility among the positivists. Positivists have the view of things as they stand or as they can be perceived based on the interaction between cause and effect. In case of any unexplained phenomena, they will simply disregard it. Despite being researchers, they will not dive deeper into the nitty-gritty of the complex finding simply because it doesn't "fit" in their pre-written laws and way of doing research. So what is the result? Researchers deprive themselves and the world of useful insights and breakthroughs.

Suppose there is a theory that says that x will only take place when y and z combine. So, a researcher will immediately know that y can never become x. Due to having such an unshakable and inflexible stance, there will be no place for lateral thinking. The researchers will never try to find answers creatively or by using other methods.

Despite all the strengths of positivism, it keeps certain social aspects, such as spirituality and sets of belief out of the equation. Due to this, the attachment of humans to social phenomena is overlooked. Research is carried out to analyze a certain issue in depth. When crucial components such as this are left out, then it may cause the research to lack the exact points that contribute to the issue at hand.

Now that you know what positivism is all about, you will have a better idea of whether to get engage in such research design or not. Do weigh the benefits and setbacks before making your decision.